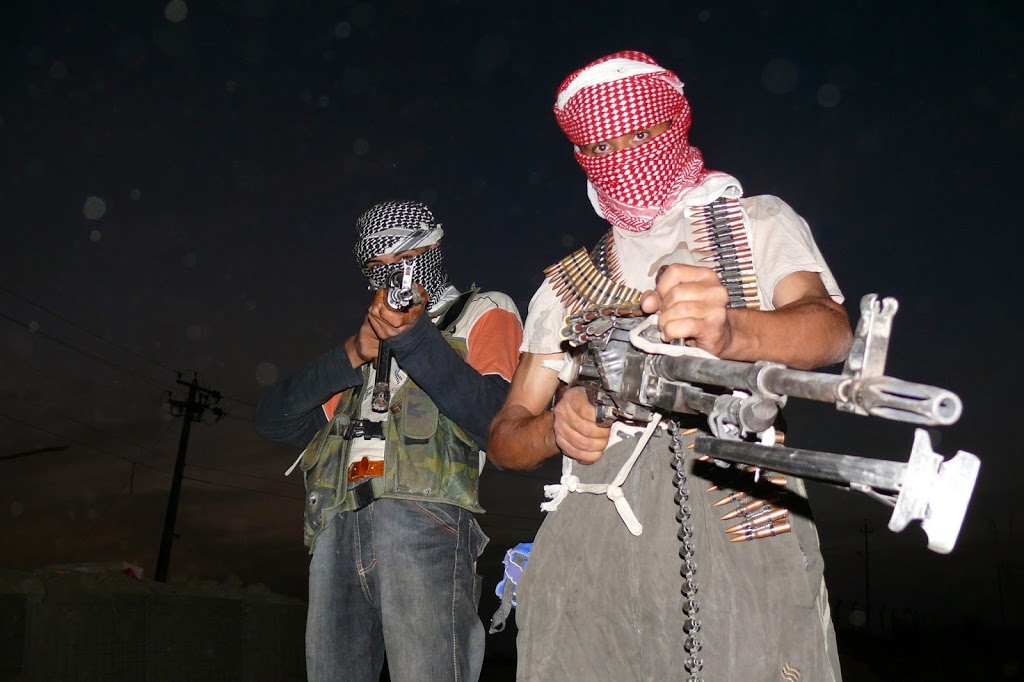 Isis fighters are understood to have gained up to 700 men from moderate rebel groups along the Syrian border with Lebanon, where the terrorist organisation is now poised to attack.

The Telegraph has witnessed the fighters in Syria massed close to the Lebanese border, with Isis (also known as Islamic State) threatening to launch attacks across it.“The moderate rebel groups on the border have collapsed, and their men have joined Isis,” Ahmed Flity, the deputy mayor of Arsal, a Lebanese border town, told the newspaper. It has been estimated that as many as 700 fighters from these groups have “pledged allegiance” to Isis, according to the head of Lebanon’s security office, Abbas Ibrahim.

The news comes as reports emerged this week that Isis is actively recruiting and operating across the south of Afghanistan, according to the country’s military. It is the first time the group has extended into the country, but its representatives have reportedly clashed with the local Taliban.

Back in Lebanon, the threat from the jihadists has meant that Lebanese security forces almost completely cut off the Sunni Muslim border town of Arsal, while a source close to Isis told the Telegraph that the jihadists are planning attacks on Lebanese border towns where Hezbollah have support.

Shia Muslim Hezbollah has been fighting alongside President Bashar al-Assad’s forces in Syria for four years, and is backed by Iran.

On Sunday Reuters news agency reported that an Israeli helicopter strike in Syria killed six Hezbollah members including a commander and the son of the group’s late leader Imad Moughniyah, which has been seen as a major blow that could lead to reprisal attacks.

The strike hit a convoy carrying Jihad Moughniyah and commander Mohamad Issa, also known as Abu Issa, in the province of Quneitram.

The attack came just days after Hezbollah leader Sayyed Hassan Nesrallah said that frequent Israeli strikes in Syria were a major aggression. On Sunday U.N. peacekeepers stepped up their patrols on the border between Israel and Lebanon.