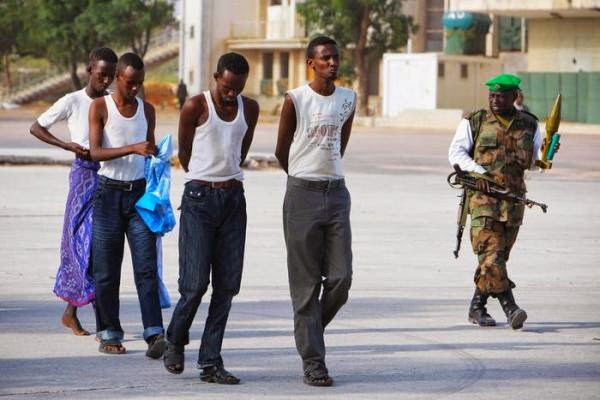 A top commander of the Somali Islamist group al-Shabaab was captured Thursday as he was preparing attacks in the country’s capital, a senior intelligence officer said.

The source, who spoke on condition of anonymity, said it was too early to name the commander, because investigations were still underway.

He was captured with three other suspected al-Shabaab militants as security forces stormed their hideout in northern Mogadishu.

The commander is believed to have masterminded several suicide attacks or assassinations in Mogadishu over the past few months, the source said, declining to give more details.

Government spokesman Ridwan Hagi Abdiwali confirmed that the four had been captured and said the government would soon release full information.

The group, which seeks a state with the strictest application of Islamic law, has killed dozens of people in suicide attacks in Mogadishu this year.

The government is also engaged in a military conflict with al-Shabaab with the backing of African Union troops.