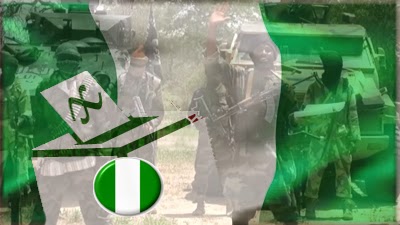 University of South Africa professor, Kealeboga Maphunye says threats by Boko Haram ahead of Nigeria’s elections may steal the thunder from real issues, such as corruption, high inflation and unemployment.

Sixty eight million people are registered to vote. There are 14 candidates contesting in this year’s presidential elections on Saturday.

However the real battle will be between the incumbent President Goodluck Jonathan and the All Progressives Congress’s Muhammadu Buhari.

Jonathan is campaigning on a platform of continuity, while Buhari says the time for time for change for Nigeria is now. Both front-runners have promised to tackle the militants as well as corruption.

Boko Haram militants are accused of killing at least 13 000 people since its insurgency began six years ago, and abducting hundreds including nearly 300 school girls in April last year.

Speaking on AM Live, Maphunye says preparations put in place seem to be in order. He says permanent voters cards were introduced to ensure the security and secrecy of the voting process.