You are here: Home / MidEastGulf / Yemen forms five fronts to fight against “invaders” 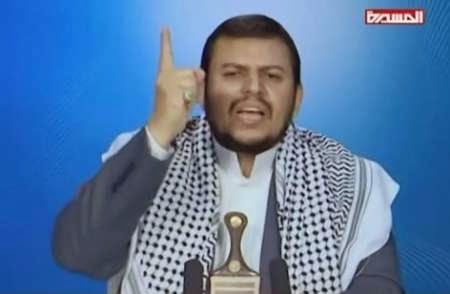 Speaking to Yemen Al-Massirah TV, Al-Houthi stressed that a foreign military security front has been formed for dealing with the external aggression.

He added a domestic front has been established for controlling the internal affairs and preventing the collapse of public institutions.

Al-Houthi noted the third front would raise funds for fighters from businessmen and citizens, adding the fourth front would tackle the domestic and foreign media propaganda against Yemenis.

He underlined that the fifth front would mobilize the people, adding the scholars and religious leaders play essential role in mobilizing people against foreign aggressors.

According to Press TV, the ongoing Saudi air strikes on Yemen have so far claimed the lives of 13 civilians with more deaths feared, according to Yemeni sources.

‘Thirteen civilians, including women and children, were killed in the Saudi raids overnight,’ a civil defense source said on Thursday.

According to witnesses, residents are helping civil defense authorities in the search for any more victims under the rubble of houses damaged in the air raids.

Troops of the 39th Armored Brigade, who are allied to the Houthi Ansarullah movement, had earlier seized the facility.

The Al Arabiya News Channel reported on Thursday that Saudi Arabia has deployed ‘100 fighter jets, 150,000 soldiers and other navy units’ for the military campaign in Yemen.