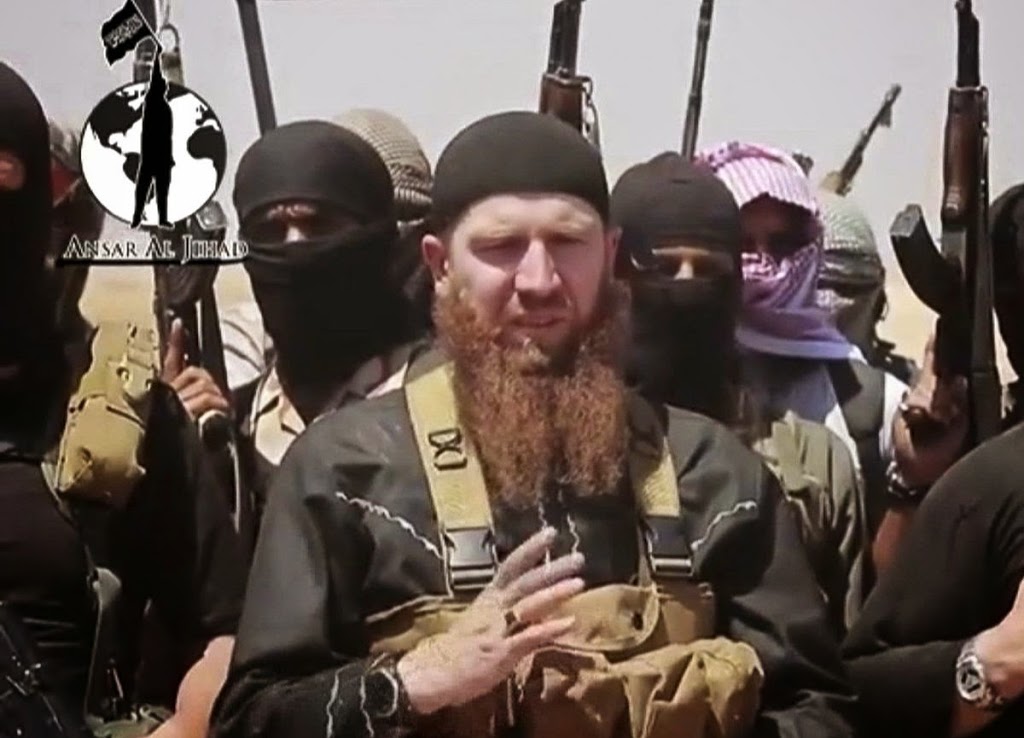 Militants fighting alongside the Islamic State appear to have increased their efforts to recruit Russian speakers by publishing a series of guides in Cyrillic on how to travel to Syria to join the terrorist group.

Two parts of a Russian-language guide on “How to Make Hijrah [migration] to the Islamic State” appeared Thursday on a number of pages of Russia’s leading social network, VKontakte. The pages have many thousands of followers each.

While part one of the guide describes how to travel unhindered from Russia to Turkey, which is a relay point for crossing the border into Syria, part two provides instructions on how to shop for military gear in Turkey before traveling onwards.

Both parts end with a simple message: Bring as much cash as you can.

“Allah said in the Quran: ‘Fight with your property and with your souls,” the guide says, adding that the Islamic State will provide any necessary gear to militants as well as feed them upon their arrival to the unrecognized caliphate.

“It’s better to take more money with you, sell unneeded property. Insha’Allah [God willing], this will be your final voyage,” the guide says.

The publications came about a week after Turkish news site Daily Sabah reported that several Russians, a Chechen and a Tajik had been detained and deported earlier this month when trying to cross into Syria.

About 1,500 natives of Russia’s predominantly Muslim region of the North Caucasus are currently fighting alongside the Islamic State and other militant groups in Syria and Iraq, the Kremlin’s envoy for the North Caucasus, Sergei Melikov, was cited as saying Thursday by Russian media.

The Russian-language guide, written by a militant who calls himself Mukhammad Abu Barud al-Dagestani, opens with the words: “The first dilemma facing a Muslim man or woman after a firm decision to relocate is the question of how to leave the country safely and without hindrance.”

“If you are not on a wanted list, not under house arrest, and not under a written pledge to stay at your residence [pending trial], nobody can stop you from leaving this damn country,” it reads.

The guide goes on to suggest several ways for wannabe militants to travel to Turkey: Via Europe “if there is money,” via a flight from a southern Russian town, or via neighboring Azerbaijan, a former Soviet republic in the North Caucasus. If all else fails, militants can also leave Russia illegally, the guide says, without offering any specific instructions on how to do this.

In order to facilitate the process of crossing into Turkey, the reader is advised to “enlist the help of an [adult] so that if they receive a telephone call from a relentless [border guard] they can … confirm that they have given their blessed consent for your visit to sunny Turkey.” Such advice seems unlikely to be aimed at mature travelers and would therefore indicate that the guide has been written for young militants, possibly teenagers.

The text also addresses the steps that the reader should take upon their arrival to Turkey, which includes “shopping quickly [for military gear] and … crossing the border with the Islamic State as soon as possible because the situation in Turkey is not as calm now as it had been in the past.”

Sporting goods chain Decathlon is named in the guide as a good place to look for items such as a “70-liter backpack,” which would allow the wannabe militants to pack everything into one bag and keep their hands free at all times. It also describes what kinds of footwear and clothes would be useful, including a sleeping bag, a flashlight and thermal underwear.

Al-Dagestani, the militant who authored the guide, has already had one online post blocked as “extremist” by the Russian authorities, according to lists of banned Web pages published by the official government daily Rossiiskaya Gazeta.

The militant appears to take his apparent nom de guerre from Dagestan, a Russian region in the North Caucasus that borders Chechnya and that has seen a rise of Islamic extremism in recent years..