You are here: Home / Africa / ISIS, Boko Haram and al-Qaeda training together in Mauritania 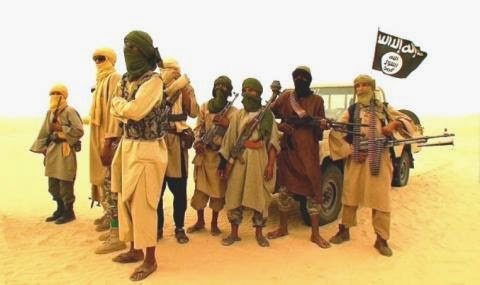 The three largest terrorist networks in the world are training together in the deserts of Mauritania, claims a group that tracks international terrorism worldwide.

According to FOX News, Florida-based Terrorism Research and Analysis Consortium’s Editorial Director Veryan Khan said that the terror groups al-Qaeda, Boko Haram and the Islamic State are running training camps together in remote areas of the African nation where they train jihadists coming from the United States, Canada and some European nations.

Mauritania is close to Nigeria, where Boko Haram has sustained an insurgency in the hopes of carving out an Islamic caliphate similar to the Islamic State.

Khan further revealed to FOX News that its source within the camps found at least 80 Caucascian trainees. The source  said that the camps are far from centres of population, and have complete facilities including mosques and homes for the jihadist trainees. Signs in English can also be found in the camps, which Khan believes is “unmistakable evidence of Westerners’ presence.”

Khan said there is no other reason why these Westerners would be in Mauritania except to train for terrorism.

“This is not a travel destination,” she said.

The TRAC chief said that Mauritania currently hosts the training camps because it is of a lower profile than other Islamic republics like Lebanon, Syria and Iraq.

“The situation in Mauritania is a powder keg very few people are talking about,” Khan noted. “The fear of returning foreign fighters from Syria and Iraq is high, but Mauritania-trained fighters are not even on anyone’s radar.”

FOX News said that TRAC’s source found evidence of ties between Boko Haram and ISIS in the training camps.

Boko Haram pledged allegiance to the Islamic State several weeks ago. ISIS accepted the pledge and urged its believers to go to Nigeria to assist the militant group, which is currently under pressure from a five-nation multinational task force composed of soldiers from Nigeria, Niger, Cameroon, Chad and Benin.