You are here: Home / Senza categoria / Pentagon puts ISIS assault on hold until next Fall 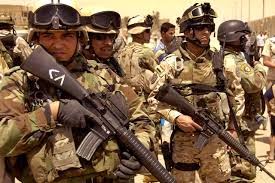 Military officials plan to reclaim Mosul, Iraq has been pushed back several months, according to Defense officials on Saturday. This is a sudden shift for the military, who earlier announced that a first major ground assault against ISIS could come in a matter of weeks.

This latest change of plans, shows the fight against ISIS is not going as smooth as the White House envisioned. Late Friday, Defense Department spokesman Rear. Admiral John Kirby, refused to discuss any sort of timeline and said he can’t say a certain date.

The on-the-ground fight to retake Mosul isn’t likely to start until the fall at the earliest, after an intensified air campaign to target Islamic State leaders and cut off supply lines in and around the city, according to Fox News.

Last month, Central Command said U.S. and Iraqi military were planning a campaign to liberate Mosul, by April or May. U.S. military officials now say they believe that Iraqi’s best military units are many months away from being in a position to successfully conduct such an operation.

According to military officials, the current plan calls for the U.S. to use air power to isolate Mosul and weaken the hold ISIS has on the city. U.S. airstrikes would be focused on picking off Islamic State leaders to undermine their ability to command and control their forces. U.S. government officials was hoping for a spring offensive out of concern that the next opportunity to launch such a campaign would not be until the fall.

The shift comes in part because officials could not agree publicly that Iraqi forces would be ready for combat.

Defense Intelligence Agency Director Lt. Gen. Vincent Stewart told the Senate Armed Services Committee Thursday that it would be “six to nine months, best estimate,” before Iraqi forces could be able to launch a major counteroffensive against ISIS.

“When we talk about the six to nine months additional training, it is to deal with an urban fight, which is very, very different, very complex, requires a great deal of skill, great deal of precision to be successful.”

The planned offensive is expected to take as many as 25,000 troops assigned to at least eight Iraqi brigades. The forces would fight to root out 2,000 ISIS fighters.

Iraqi leaders said their troops would not be prepared to striker until the fall, at the earliest. Iraq’s two best divisions now protect the capital and there did not appear to be a sufficient force to move in and replace them there during a potential offensive.

Republicans were angered that President Obama would announce details of the mission saying the disclosure is a risk to “the success of our mission, but could also cost the lives of U.S., Iraqi, and coalition forces.”

Iraqi Defense Minister Khaled Obeidi would not confirm the proposed timeline, but rather rejected the U.S. decision to name specific months for an operation. “This is urban warfare and we have civilian populations. It is very important to take time and accuracy in setting the plan for this battle,” Obeidi said.

CENTCOM was hoping to launch the operation in hopes of striking during the summer and Ramaden, when troops would be fasting and not able to launch an offensive.