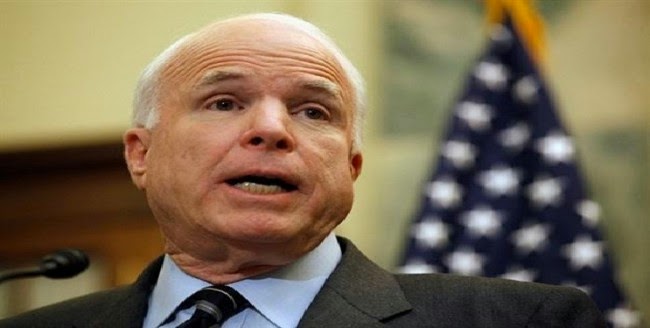 McCain said in a statement quoted by the French news agency, and followed by IraqiNews.com, “For months, we have been bombing the Syrian border town of Kobani and we still have not expelled ISIS yet.”

“We actually need more troops on the ground, and we are in need for intelligence and special forces, but we cannot address Iraq and Syria as zones of different battles because the enemy is one.”

Noteworthy, McCain is leading a delegation of senators on a tour in the Middle East, including Israel, Qatar and Saudi Arabia.