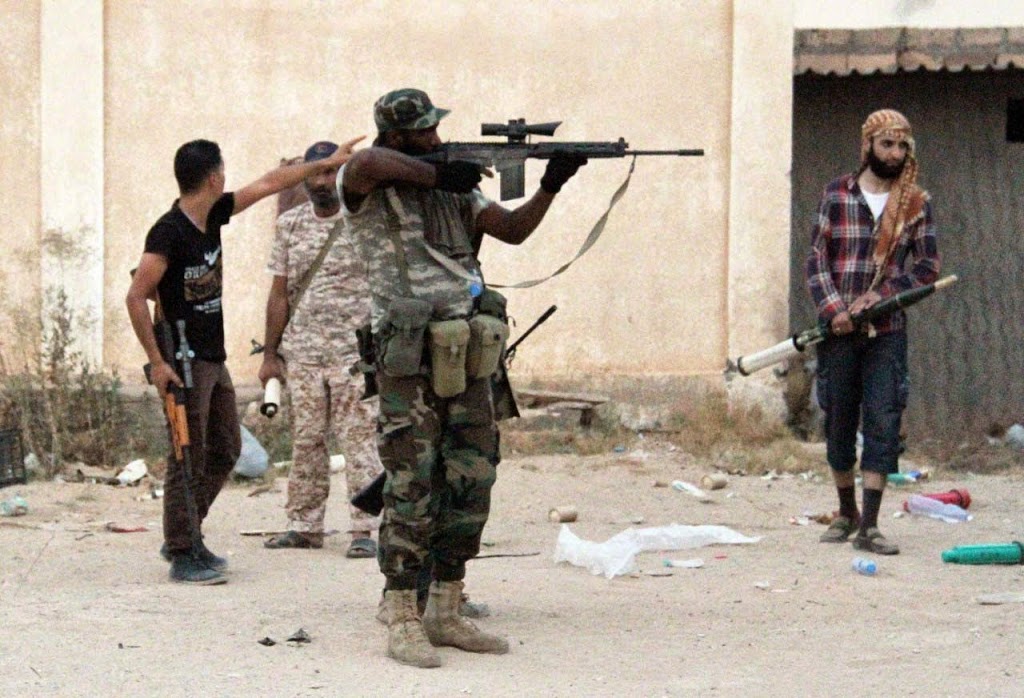 Libyan armed factions accused each other on Monday of launching new attacks near the country’s largest oil port, Es Sider.

Two opposing governments – the internationally recognised authorities in the east and rivals who have seized the capital, Tripoli – are fighting for control of the country.

Troops loyal to the Tripoli government opened an offensive last month to try to take Es Sider and Ras Lanuf oil ports, which have had to shut down operations.

Both sides declared partial ceasefires in the past few days to give a U.N.-sponsored dialogue a chance after a month of clashes.

Ali al-Hassi, a spokesman for an oil-protection force in Es Sider allied to the recognised prime minister, Abdullah al-Thinni, said the rival force had launched an attack on Monday.

“We confronted them with planes,” he said.

Ahmed Hadiya, a spokesman for the other side, denied there had been clashes but said Thinni’s troops had killed one of his men by firing a tank grenade.

Last month, a rocket hit an oil storage tank at Es Sider, starting a fire which damaged seven tanks and destroyed up to 1.8 million barrels of oil.

The shutdown of the two ports is a blow to Libya’s already crippled public finances. The central bank has been using up its dollar reserves to keep the country afloat.

Both sides have troops made up of former rebel units which helped oust Muammar Gaddafi in 2012.