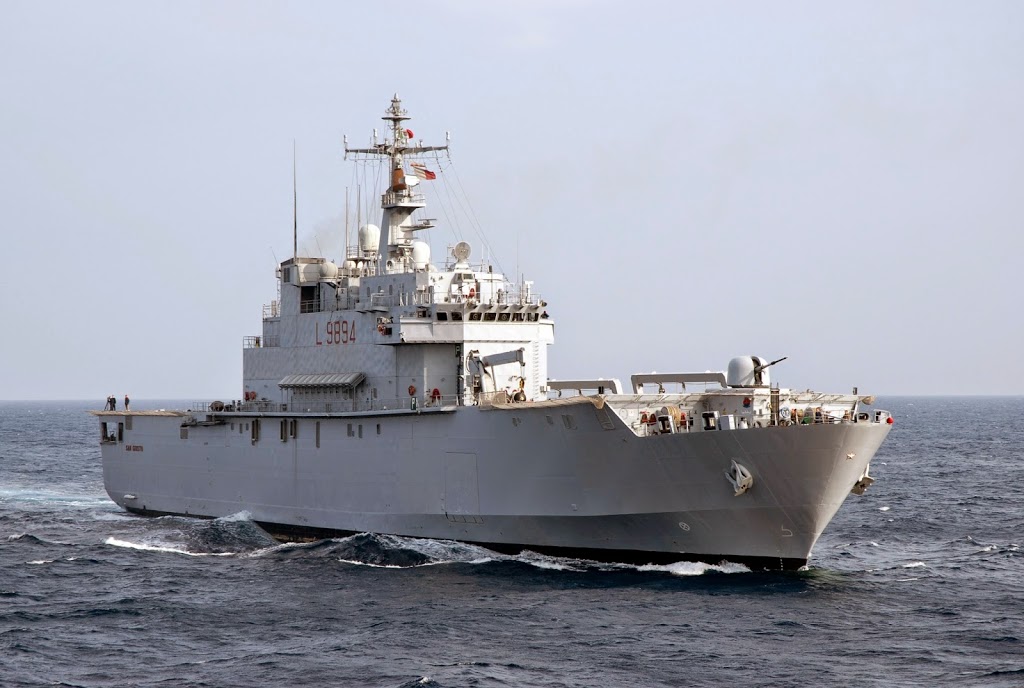 Italy will begin annual naval exercises this week near the coast of Libya, where a breakdown in order has allowed tens of thousands of migrants to try to reach Europe by boat and increased fears of attacks by Islamist militants.

The navy said in a statement that the exercises, known as Mare Aperto (Open Sea), would begin on Monday.

The exercises were suspended last year because of the search-and-rescue mission dubbed Mare Nostrum, which was set up after hundreds of migrants were drowned off the southern island of Lampedusa.

Mare Nostrum has now ended and been replaced by a more limited European Union mission known as Triton.

Admiral Pierpaolo Ribuffo, the officer in command of exercises, said the operation was not directly connected with the crisis in Libya, where Italian energy group Eni has significant offshore oil platforms and other assets.

But he said the presence of naval vessels in the area could help improve security.

“We’re training our ships and our men, that’s all. Our activity has nothing to do with other scenarios,” he told Italian news agency ANSA in comments that were subsequently released by the navy.

“Obviously the presence of ships at sea also means security, deterrence and dissuasion,” he said. “But that’s normal, it’s like police patrolling the streets.”

Italy, whose southern islands are only around 300 kilometres from the Libyan coast, has led calls for a global diplomatic push to stabilise Libya, where two rival governments are fighting for control and where Islamist militants have gained a growing foothold.

It has also offered help in training a regular Libyan army but has ruled out any peacekeeping mission for the moment.

Concern over attacks on targets in Italy has been heightened by video messages from groups associating themselves with the Islamic State movement, stating that Rome was a target and by press reports that militants could reach Italy on migrant boats.

Officials have said that Italy, like other Western countries, faces a general risk but there has been no indication of any concrete threat and no evidence of violent militants among migrants, most of whom are from Africa or Syria.

Worries over a domestic threat were underlined by a report of a 64-page document in Italian, inviting Muslims to help “the Caliphate that will conquer Constantinople and Rome”, the two centres of Medieval Christianity.

The document, was first reported on an Italian news website called Wikilao, which said it had been circulating on jihadist websites.

The report was picked up by several Italian newspapers and television stations on Sunday but there was no immediate confirmation by Italian officials.