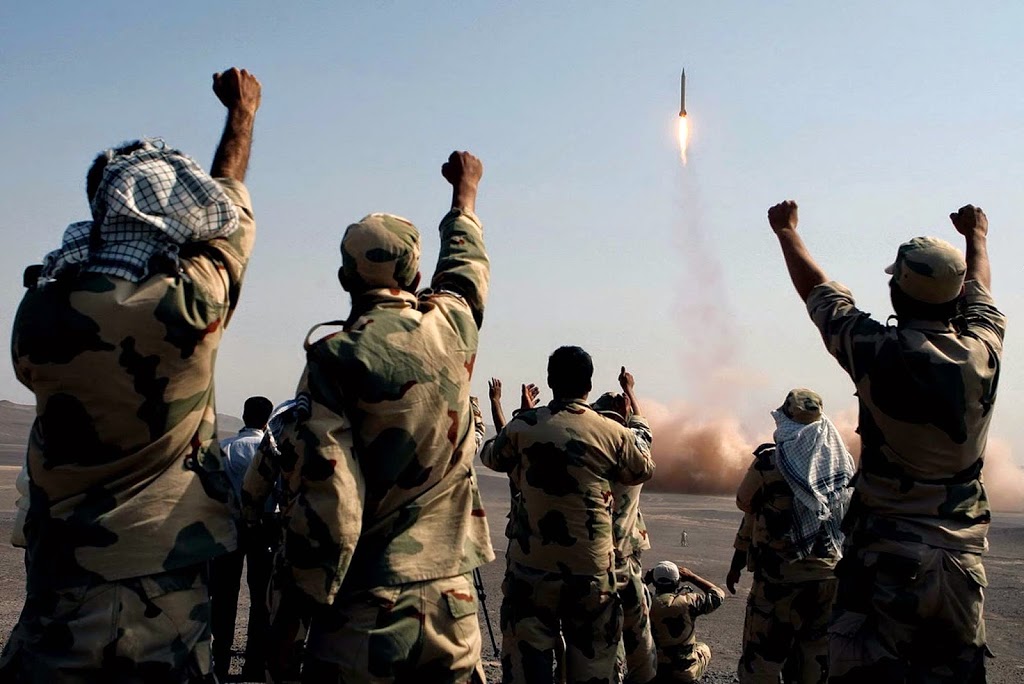 Senior Iranian and Hezbollah figures killed in an airstrike in Syria this weekend were likely planning an ‘imminent’ attack on Israel, security sources have claimed.
Six Iranian army chiefs died alongside five Hezbollah militants after an Israeli helicopter fired rockets at a convoy in the Golan Heights region on Sunday.
Among those killed was Iranian General Mohammed Allahdadi, as well as commander Abu Ali Tabatabai, who is known to have worked with both Hezbollah and Iran.
Today Major General Eyal Ben Reuven, a former deputy head in the Israeli Defense Forces, accused the senior military figures of meeting to plot an attack on Israel.
He added that the commanders’ decision to meet in Syria could mean that a ‘high-level’ and ‘sophisticated’ attack on Israel’s northern border is ‘imminent’.
Research group The Israel Project came to a similar conclusion, saying that the presence of Tabatabai ‘probably indicates operations aimed at overrunning Israeli border towns.’
The warnings come just a week after Hassan Nasrallah, leader of Lebanon’s Hezbollah, warned that the group ‘is ready and prepared for a confrontation in the Galilee and beyond the Galilee.’
Iran has also promised a ‘crushing response’ to the weekend strike, without laying out exactly what action will be taken.
General Mohammad Ali Jafari, head of Iran’s Revolutionary Guards, said: ‘These martyrdoms proved the need to stick with jihad. The Zionists must await ruinous thunderbolts.
‘The Revolutionary Guards will fight to the end of the Zionist regime… We will not rest easy until this epitome of vice is totally deleted from the region’s geopolitics.’
Israeli troops have been marshalled along the country’s northern border, while an Iron Dome missile launcher has been deployed to destroy any incoming rockets.
Senior Iranian politicians are said to be incensed at the death of Allahdadi, which they confirmed yesterday, saying he had been ‘martyred’ in the name of his country.
Officials also denied that he had been planning any kind of attack, instead saying he had been in Syria to advise the government on how to tackle extremists such as Islamic State, who control much of the country’s north.
Hezbollah said that Jihad Mughniyeh, the son of a prominent commander, and Mohammed Issa, who was responsible for the group’s operations in Syria and Iraq, died alongside Tabatabai.
Jihad Mughniyeh was the son of Imad Mughniyeh, a senior Hezbollah figure killed in Damascus in 2008. Hezbollah accused Israel of assassinating him, but Israel has not claimed responsibility.
The latest strike, which Israel has also not officially accepted responsibility for, has seen tensions in the already volatile region come to a head.
Israel has already been carrying out a series of controversial airstrikes in Syria which it says are to prevent rockets from Bashar Al-Assad’s regime and Iran being passed to Hezbollah.
Hezbollah has previously used such missile stockpiles to attack Israel from Lebanon, such as in the brief by bloody 33-day war between the two countries in 2006.
Nasrallah had already called the strikes ‘a major aggression’, warning that Hezbollah has a ‘right to respond’, even before Sunday’s attack.
The attack took place in the Syrian-controlled portion of the Golan Heights region.
Most of the rocky plateau in south western Syria was seized by Israel in the closing stages of the 1967 Middle East War. About 200 square miles remains under Syrian control.