You are here: Home / Senza categoria / Golan Heights, is another war in the making? 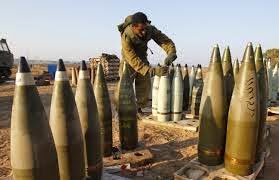 It is not clear if Israel knew it was targeting top Hezbollah and Iranian military brass who were in a convoy on the Syrian side of the Golan Heights. Sunday’s helicopter strike killed at least seven people, including top commanders in the Iranian Revolutionary Guard and senior Hezbollah officers, according to news reports. One of the victims was the son of slain Hezbollah military leader, Imad Mughniyeh, who was assassinated in Damascus in 2008. Back then the Lebanese Shiite faction accused Israel of carrying out the assassination and vowed to retaliate.

But this week’s incident is the most serious since Hezbollah kidnapped two Israeli soldiers in 2006 precipitating a bloody war between the two sides that lasted for more than a month. Confrontation between the two dire enemies ebbed since Hezbollah became involved in the Syrian civil war on the side of the regime. During the last four year, Israel carried out a number of missile strikes in Syrian territory targeting weapons storehouses and convoys bound for the group in Lebanon.

Hezbollah officials described the latest attack as provocative and vowed to avenge the killing of high-level officials. Only a few days ago, Sheikh Hassan Nasrallah told Al-Mayadeen TV that Hezbollah was ready for confrontation with Israel and that the group was in possession of Iranian missiles with a range of over 200 kilometers capable of reaching all of Israel. He added that the next war would not be limited to firing rockets, but would involve land incursions in the Galilee. He also admitted that his organization had apprehended a senior official for spying for Israel. Nasrallah warned against any further Israeli provocations.

Sunday’s attack was exactly the kind of provocation that could lead to the next war between Israel and the militant group. This time the faceoff will take place in the midst of a volatile geopolitical situation in the region. The war in Syria and the political instability in Lebanon will be major factors. Iranian military presence in Syria could also heighten tensions and widen the conflict. The mere presence of Hezbollah in the Golan will raise questions about the group’s military objectives and if it was preparing to carry out attacks against Israel from the Syrian side.

Israel on the other hand, where the army has raised the alert level, the possibility of eruption of hostilities with Hezbollah is being taken seriously. The Lebanese group has proved to be a tough adversary and its missile capabilities are a source of worry to the Israeli military. The question is why would Prime Minister Benjamin Netanyahu take such a risk two months before the Israeli public head to the polls? A war with Hezbollah will prove dissimilar from an attack on Gaza and Hamas. The dynamics are different and the political and military realties will dictate a diverse scenario.

The killing of senior Hezbollah and Iranian officials is a direct challenge to Nasrallah. The group is yet to avenge the killing of Imad Mughniyeh, and Sunday’s attack will put pressure on the group to carry out its threats. But Hezbollah is also aware of the repercussions of going into a new war with Israel. It realizes that this time both sides will find themselves entangled in an open conflict outcome of which is not assured. For Israel an attack on its populated centers and strategic assets will force an unprecedented response. Lebanon in its entirety will pay a heavy price as a result.

Hezbollah is under pressure both in Lebanon and abroad. Its participation in the Syrian war has triggered harsh criticism from various Lebanese power centers. It remains the prime suspect in the international probe into the murder of former Prime Minister Rafik Al-Hariri. Its possession of a huge arsenal of weapons is a contentious issue for most Lebanese. And its close ties with Iran have not endeared it to Sunni regimes in the region.

Hezbollah has lost much of its political capital in the Arab world since it sided with the regime of Bashar Assad in Syria and supported the unrest in Bahrain. Nasrallah has tried to regain popularity by underlying the group’s historical enmity with Israel and its solidarity with Hamas and other militant Palestinian organizations.
It is unlikely that Israel would want to go to war with Hezbollah, few months after launching a deadly assault on Gaza. The Israeli public is weary but Netanyahu could be using this to serve his own political interests. Challenging Hezbollah will put him in a strong position especially among extremists and right-wing forces. But if his gambit fails and war does break out Israel’s political map could change dramatically.

The most likely scenario is that Hezbollah will bide its time and wait for an opportune moment to retaliate, perhaps outside Israel’s borders. Nasrallah admitted that he had miscalculated Tel Aviv’s response when his people kidnapped two Israeli soldiers in 2006. This time he will make sure that his retaliation will not provoke a direct reaction.