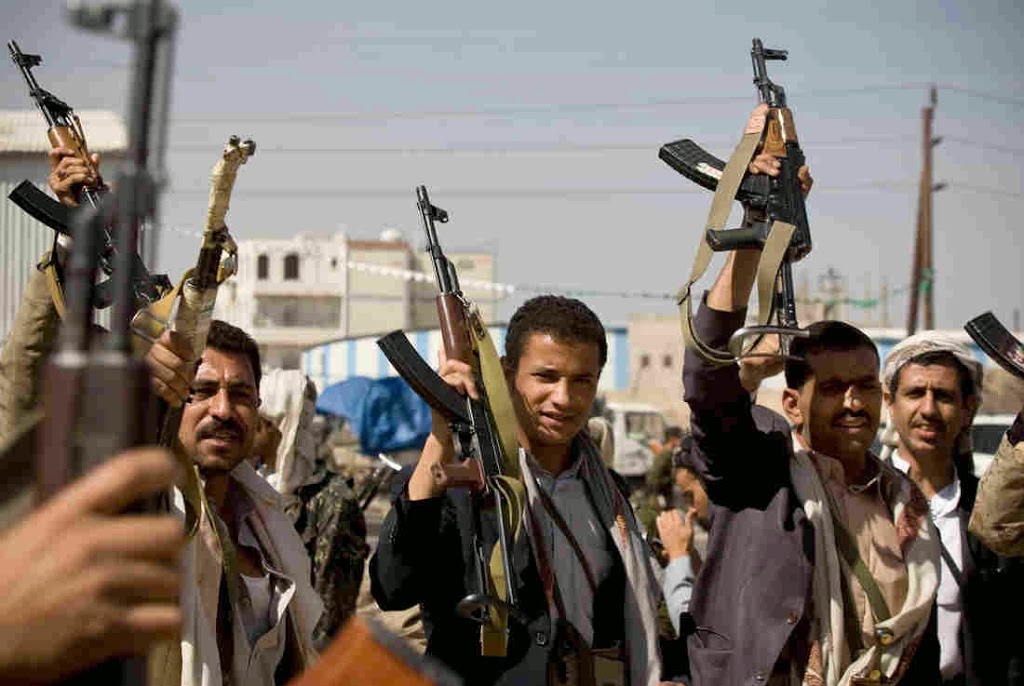 Shiite Houthi rebels have attacked the seat of the Yemeni government in Sanaa. The clashes threaten to plunge not only Yemen, but the whole region into chaos. Even Europe could be affected by ongoing unrest in Yemen.

Their triumph was foreseeable. For months, Houthi rebels had been controlling vast areas of Yemen’s capital, Sanaa. Recently, they had advanced further into the government district; on January 20 they finally stormed the seat of government.

The capture was preceded by heavy fighting with government troops. Various media reported explosions around the presidential palace. Currently the whereabouts of President Abdu Rabbu Mansour Hadi are unclear. Just ahead of the attack, he warned of a collapse of the Yemeni state.

This collapse could now be imminent. The Houthi attack will provoke a response. If the government forces don’t succeed in recapturing the presidential palace, the country could be facing major unrest.

There had been indications that the Sunni-dominated central government and the Shiite Houthis had reached a political agreement. In September, both sides signed a treaty that was to serve as the foundation for establishing a national unity government. Both parties reached an agreement on a new prime minister.

In addition, the president was to appoint two advisers – one from the Shiite-dominated north, the other from the south of the country, for the most part inhabited by Sunnis. In the newly formed government Houthis were to appoint as many ministers as their most significant opponents, the Sunni Al-Islah party, which calls the shots in the Sanaa political scene.

Shortly after the signing of the treaty, traditional differences resurfaced. Both parties saw themselves disadvantaged by the document, and their commitment to abide by it declined more and more. Hostilities, which had appeared to be over, broke out again.

The background to those hostilities are power struggles and participation issues. Numerous Shiite families in the north live in poverty, as well as their Sunni compatriots in the south. All of them suffer because the bulk of the national income is kept within Sanaa, while relatively little is left for peripheral territories.

In line with this, Houthi spokesman Muhammad Al-Bukhaiti said confessional rivalries did not play a role in the conflict. “The question of how we set up political alliances was never decided on the basis of religious orientation,” he said in an interview with Al Jazeera. “Naturally, we are aware of who we are. But our denomination plays a secondary role, if at all.”

Regional impact
The chaos in Yemen is now increasingly threatening the stability of Saudi Arabia. The neighboring kingdom secured its borders with Yemen several months ago, as it felt threatened by two groups: the Houthis, who have family ties with the Shiites in Saudi Arabia, and the militants of the terrorist organization al Qaeda in the Arabian Peninsula (AQAP), considered one of the strongest and most modern groups in the international al Qaeda network.

Should the Houthis hold on to Sanaa, it could be another reason for Saudi Arabia to improve relations with its main regional rival, Iran. In recent months, Tehran has presented itself as one of the most decisive forces in the fight against the Sunni terrorist organization “Islamic State” (IS). Even the US is also interested in improving relations with Iran.

This has not pleased the Saudi government: For decades, it was considered America’s most important partner in the region. Now Saudi Arabia must secure its borders both to the north and south, and defend itself against IS attacks; a few days ago IS militants killed two Saudi border guards. The increasing pressure could force the country to rethink its foreign relations policy, but also its ambiguous attitude to religious fundamentalism.

In Yemen itself, AQAP is likely to benefit from the Houthi onslaught. The government is weakening – and with it the state, allowing AQAP to further extend its sphere of influence and recruit more followers. This would be a danger, not only for the region but also for Europe.

AQAP is seen as a recruiting ground for European jihadists, who train in Yemen and are then sent back home to prepare for attacks in their respective countries. Among those featured on AQAP’s death list was Stephane Charbonnier, the chief editor for satirical magazine Charlie Hebdo, who was killed in the Paris attack on January 7. Should the attempt to pacify Yemen fail, the impact could be felt all the way to Europe.