You are here: Home / Mediterranean / 52 F-16 multi-role fighters: new military deal between Egypt and US 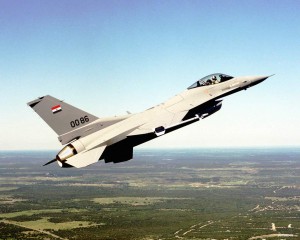 The United States has signed a $11.5 million-military cooperation agreement with Egypt, the US Defence Department announced in a statement on its official website.

The not-to-exceed $11.5 million predominately firm-fixed-price contract has been awarded to Goodrich Corporation. The contract came as part of Egypt Peace Vector DB-110 Reconnaissance program, which was initiated in November 2010.

Work will be performed at Westford, Massachusetts, and is scheduled to be complete by 18 August 2017.

“This contract is 100 percent foreign military sales to Egypt. This award is the result of a sole-source acquisition”, the statement revealed. The Foreign Military Sales (FMS) program is the US Government’s program for transferring defense articles, services, and training to other sovereign nations and international organizations.

Early December, Egypt’s Foreign Minister, Sameh Shoukry, paid a visit to Washington where he discussed Egypt-US defence, social and economic cooperation with the Chairman of the US House Committee on Armed Services Mac Thornberry.

Although global tensions and terrorist threats have shown few signs of trade diminishing, the US has ranked first global weapons sales for last years, signing deals for about $40 billion, or half of all agreements in the worldwide arms bazaar, according to official reports.