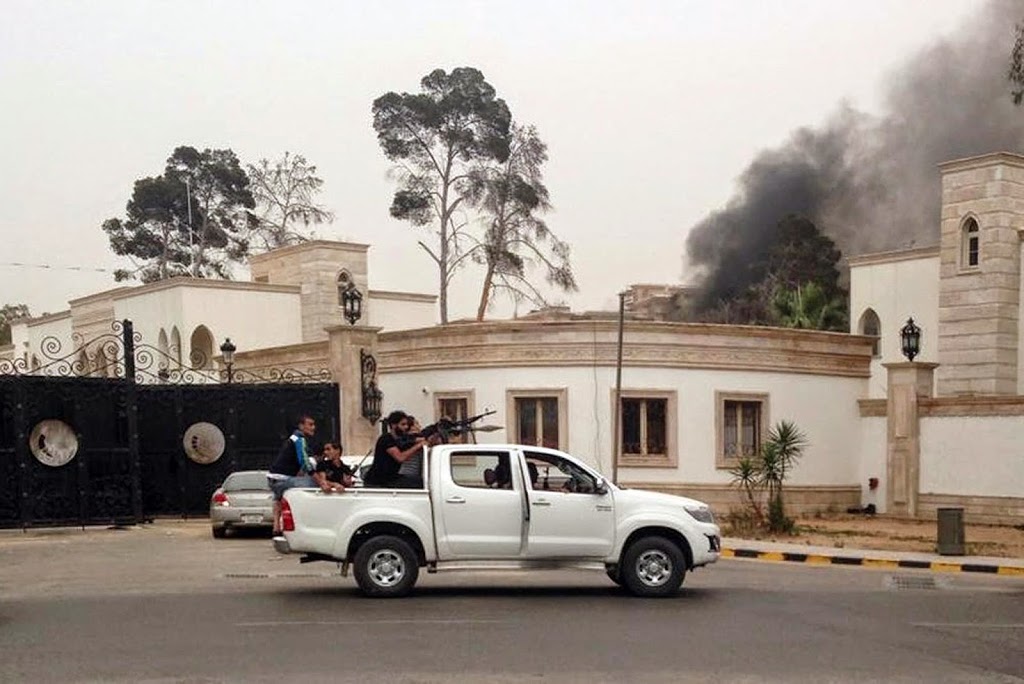 For the third time in less than a year, the State Department urged all Americans to leave Libya “immediately” because of the potential for attacks by rival rebel factions in the unstable country.
In July, the U.S. Embassy suspended all embassy operations in Libya and relocated its staff because of the ongoing violence between militias.
It urged all U.S. citizens to leave the country then, too, repeating an warning it issued in May.
The new warning came a few hours after Libya’s representative to OPEC, Samir Salem Kamal, was publicly reported Tuesday to have been missing since Friday.
The country has been in turmoil since Moammar Gadhafi was ousted in 2011, and Prime Minister Abdullah al-Thinni is effectively ruling from exile with Tripoli, the capital, in control of Libya Dawn rebels.