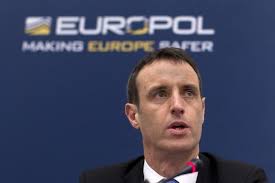 Europol Director Rob Wainwright said that between 3,000 and 5,000 Daesh militants have slipped back into Europe after completing their training in the Middle East.

He also said that Europe could expect Daesh or other terror groups to stage an attack somewhere in the continent “with the aim of achieving mass casualties among the civilian population,” warning that the increasing number of these wandering militants would present EU member states with “completely new challenges.”

Elsewhere in his remarks, Wainwright described as exaggerated the reports that claim terrorists are disguising themselves as asylum seekers to use refugee crisis to sneak into Europe, PRESS TV reports.

European states have been grappling with a growing number of their citizens trying to join terrorist groups like so-called Islamic State  (ISIS / ISIL)i n the Middle East over the past few years.