You are here: Home / Senza categoria / Israel, from a state of anxiety to a state of panic 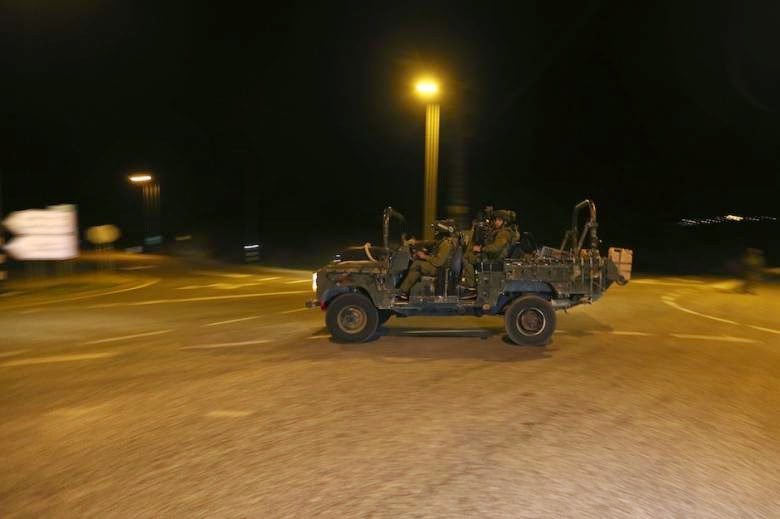 Yesterday, Israel went from a state of anxiety to a state of panic, after its attempts to contain Iran and Hezbollah’s anger — by offering mitigating excuses and an indirect apology via a senior security official on Tuesday — failed. Panic seized people in northern Israeli settlements when news spread that Hezbollah commandos were crossing the border to carry out kidnapping operations.

Hezbollah, The Islamic Resistance, held funerals yesterday for the last two of the six martyrs that were assassinated Sunday by an Israeli airstrike in the Syrian city of Quneitra.

In the meantime, preparations began for a celebration next Sunday in Dahiyeh, Beirut’s southern suburbs, to commemorate the one-week anniversary of their martyrdom. Sources speaking to Al-Akhbar denied that Hezbollah Secretary-General Sayyed Hassan Nasrallah intends to give a speech explaining the party’s view on the circumstances of the attack and the way the resistance will deal with it.

Concerned parties within Hezbollah have continued to scrutinize the details of the attack, studying the information surrounding it, and offering the party leadership potential responses (everyone assumes that a response is inevitable).

Hezbollah is behaving candidly regarding the consequences of the attack. It is not dwelling on Israeli “clarifications, explanations or apologies.” As always, the resistance is concerned with deterring and punishing Israel, taking into consideration, this time, the question of expanding the northern front from Shebaa in Lebanon to the occupied Golan Heights in Syria.

Domestically, unpublicized contacts have been made by March 14 coalition members in and outside the government — with no accompanying public statements, so far — calling on “Hezbollah not to retaliate against the attack since it did not take place on Lebanese territory.”

In the meantime, northern Israeli settlements near the border with Lebanon were in a state of panic yesterday after news spread among the settlers that a Hezbollah commando was crossing the border to carry out a “kidnapping operation” in one of the settlements. The deployment of military reinforcements in the central sector of the border, blocking roads, and asking settlers to remain inside their homes until the search and combing operations were over, only increased the level of panic among the people.

According to the Israeli media, this trepidation drove settlers to shut down their stores, the streets were deserted with no cars or pedestrians in sight, and the police and army blocked the main roads and side streets. The Israeli military announced that it was raising the state of preparedness along the border with Lebanon, and adopting measures in advance to confront any hostile infiltrators seeking to kidnap soldiers and settlers.

After hours of high alert, the Israeli army announced that it had not yet spotted any group crossing the border from Lebanon towards the settlements — specifically in the Ramim mountain range area, in the central sector. The army reopened all the roads and asked settlers to resume their normal lives. Media outlets indicated that rumors about infiltration operations prompted “the Israeli army’s chief of staff, Benny Gantz, to cancel his participation in the army chiefs’ conference for the North Atlantic Treaty Organization’s (NATO) member states.”

The debate begins
Israeli media has begun to criticize the hasty decision to launch a strike in Quneitra, saying that it was based on an unbalanced cost-benefit analysis, calling for investigations of the intelligence failure that marked the attack, and criticizing the political establishment for their response.

Amos Harel, military affairs expert at the Israeli daily Haaretz, called on members of the Knesset Foreign Affairs and Security Committee to make time in the near future to discuss the “major security crisis,” specifically, the open threats by Iran and Hezbollah, and to ask those who made the decision to attack some pressing questions.

Was Jihad Mughniyeh the intended target, or did they intend to kill Iranian Brigadier-General Mohammed Ali Allahdadi? Did military intelligence know the general was in the convoy? Do the benefits of killing Mughniyeh outweigh the potential losses should his assassination spark an escalation with Hezbollah?

Harel also asked about the Israeli home front’s degree of preparedness if a war does break out — given Hezbollah’s threats to launch tens of thousands of missiles at Israeli residential centers — and about advance preparations for this kind of confrontation and the army’s plans for fighting this war.

Yediot Ahronot journalist Nahum Barnea criticized the attack in Quneitra, arguing that it has clear flaws and was a “mistake.” He explained that “the halfhearted apology by an anonymous Israeli source on Tuesday did not offset the first mishap.

On the contrary, it made it worse… The fact that an Israeli source is now admitting that the Iranian general was killed by accident shows that suspicious journalists are not the only ones who think so. So do sources in Israel’s defense establishment.” He added: “[T]here may have been a flaw in the decision making process. Such a strike is only carried out after receiving the approval of the political echelon, the prime minister and the defense minister… In any event, the political echelon is responsible.”

Alex Fishman, Yediot Ahoronot’s military analyst, said that Israel’s response to the strike has turned from embarrassment to panic. Israel, he said, looks like a schizophrenic. On one hand, it does not admit that it carried out the attack, on the other hand, it admits assassinating the Iranian general by mistake, that is, carrying out the attack which it does not take responsibility for.

The newspaper close to Israeli Prime Minister Benjamin Netanyahu, Israel Today, jumped to defend his decisions and try to silence the critics under the pretext of Israeli interests. In an article titled “Iran Should Stop Issuing Threats,” it maintained that Israel cannot stop fighting terrorist organizations. It has to send a message to terrorist leaders, from time to time, that they cannot live in absolute safety.