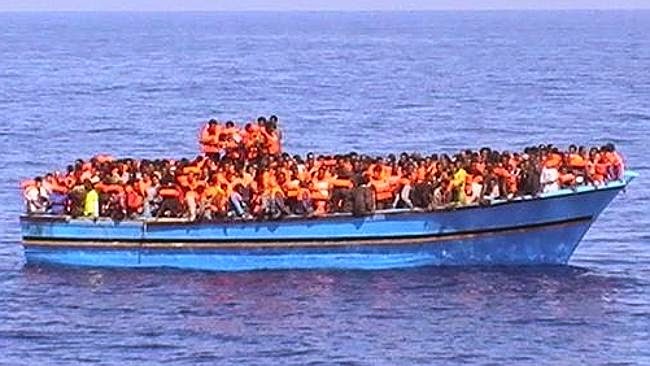 Things are going so well in Barack Obama’s big foreign-policy “success,” Libya, that people are literally dying to get out. Vice News recently posted a 27-minute documentary video on the hideous conditions in Libya’s “migrant prisons”—internment camps where refugees are left to rot after their attempts to flee the country across the Mediterranean fail.

Not all of these prisons are run by the Libyan government (either of them). Some are managed by the country’s numerous militia gangs. The inmates speak of horrendous human rights violations atop the horror of watching friends and family drown in the Mediterranean because Libya can’t offer extensive search-and-rescue services at the moment.

“Each day I hear that slavery is over, but slavery is here in Libya,” says one man who has spent time in four different camps. Later in the video, interviewees tell of refugees who have been picked up at sea numerous times by rescue workers, only to vow that they will keep trying until they either reach Europe or die in the attempt. Some migrants hand over huge sums of money to smugglers, who often betray their trust.

The desperation of the filmmakers to get their story out is palpable and heartbreaking. Libyan coast guard officers struggling to cope with the immense wave of refugees speak of facing an impossible challenge far beyond their meager resources, even if they did not have to worry about trouble from warring militias and terrorist groups.

One officer says his government has begged the European Union for help. Another recalls instances where he and his fellow rescue workers have come under fire from militias, and the many times he has been unable to save migrants from drowning. It is said that at least 3,000 people drowned while trying to escape Libya in 2014.

Of course, even if the refugees could reach Europe safely, the problem would hardly be solved. European nations are not necessarily eager to absorb thousands of immigrants from Libya or take responsibility for feeding and sheltering an army of refugees.

It is a pity more thought was not given to the postwar fallout after the overthrow of Gaddafi, but by now we should be accustomed to make-it-up-as-you-go foreign policy that counts on the media putting every disaster in the rear-view mirror one news cycle after the last bomb drops.