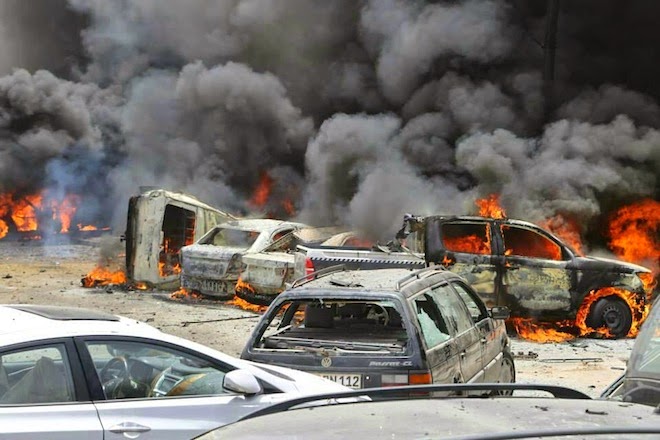 The Islamic State (IS) has claimed responsibility for yesterday’s suicide bombing in Leithi which killed six people, two of them ambulance drivers. It has published pictures of a suicide bomber, a Tunisian whom it called Abu Yaqin Al-Tunsi,

Despite initial reports from LNA sources that there were two bombs, it now appears that there was only one. The IS photos show just one man at the wheel of a truck, presumable;y laden with explosive. The pictures also include an aerial shot of the devastation, presumably taken by a camera attached to a small drone.

The number of dead is now put at seven following the death this morning of one of the injured. The figure is said to include the bomber.
They have been named as:

According to Jelaa Hospital, it also has an unidentified body brought from the scene of the explosion. It is not clear if it is that of the suicide bomber.