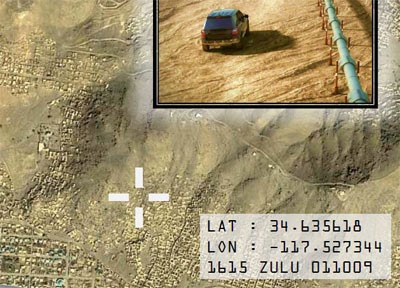 The United States is providing reconnaissance support for Iraq’s operation to retake Tikrit from the Islamic State group, a senior military official from the US-led anti-jihadist coalition said on Tuesday.

The coalition has targeted IS with air strikes and provided training and equipment to Iraqi forces, but this is the first confirmation of its direct involvement in the Tikrit operation, the largest Baghdad has launched against the jihadists.

“The coalition began providing ISR (intelligence, surveillance and reconnaissance) support on March 21, 2015 at the request of the government of Iraq, and the US is now providing that support,” the official told AFP, speaking on condition of anonymity.

The official added that this support is in the form of “an eye in the sky”.

It has succeeded in retaking towns leading to Tikrit, and also in surrounding several hundred jihadists in the city.

But capturing Tikrit itself has proved more difficult because of the jihadists’ extensive defensive works including a huge number of bombs planted in streets and buildings.

Iraq’s interior minister announced last week that the operation had been halted temporarily to avoid casualties and protect infrastructure in the city.