You are here: Home / Senza categoria / Report: U.S. Marines an ideal force to use against Boko Haram 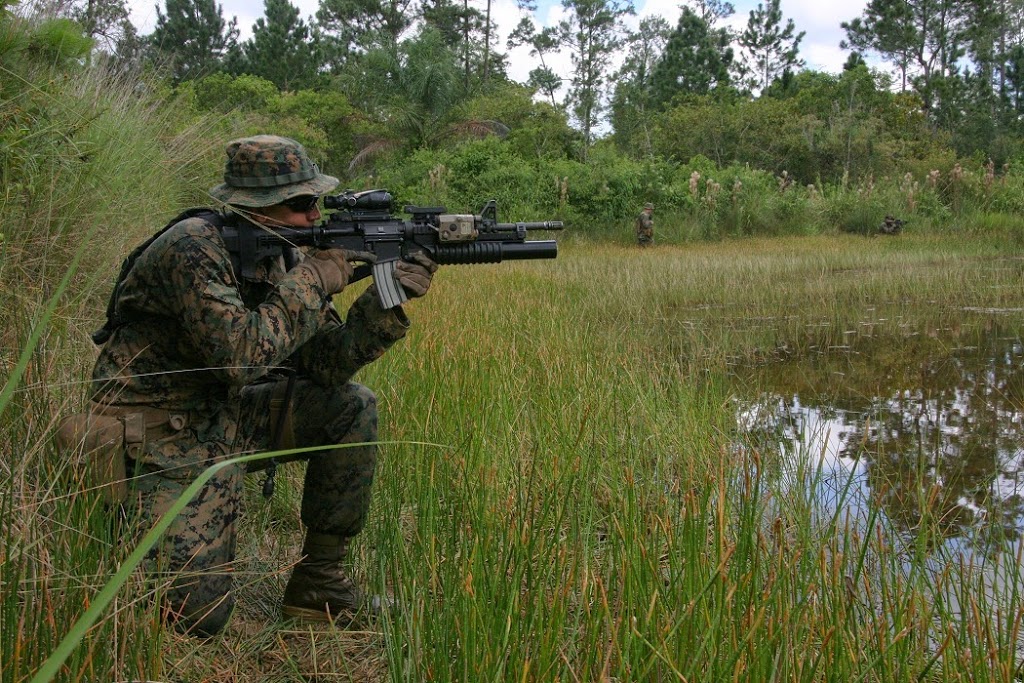 The U.S. Marines, with more than a decade of  experience with counterinsurgency (COIN) in Iraq and Afghanistan, could prove to be an important asset in working to contain and eventually defeat the Nigerian terror group Boko Haram, reports the Marine Corps Times.

A study commissioned by the U.S. Naval Forces Africa and conducted by the non-profit research organization CNA Corporation concluded that to combat Boko Haram, Nigeria has to implement the short-term goal of working with its neighbors to contain the jihadist group.

The study, which was published days after Boko Haram pledged allegiance to the Islamic Slate (ISIS/ISIL), also prescribed employing a “whole of government” or COIN approach as a means to eventually break up the group.

“Our proposed containment strategy allows the USG [U.S. Government] to contribute to stopping the spread of the conflict in the short term, while buying time until the political conditions in [Nigerian capital] Abuja shift in such a way that the GoN [Government of Nigeria] becomes a genuine partner in dismantling the group,” reports CNA.

“Because the GoN has not taken a COIN approach to the conflict, Boko Haram has been growing stronger over time and appears to be increasingly able to operate outside of Nigeria’s borders,” it adds. “The group exploits the remote areas along the four- country border of Nigeria-Cameroon-Niger-Chad… where it sets up bases, conducts training, and coordinates logistics.”

Marine Corps Times notes that with the COIN experience acquired in Iraq and Afghanistan and units carrying out military exchanges in the region on a regular basis, experts agree that Marines could be the ideal force to contain and eventually defeat Boko Haram.

“If there was the opportunity to work with the Nigerian government, those types of skills Marines learned in Iraq and Afghanistan are transferable,” Julia McQuaid, a senior research scientist with CNA Corporation’s Strategic Studies Division and one of the study’s authors, told Marine Corps Times.

“Because Boko Haram is an insurgent group which is sustained by localized grievances and conflict dynamics, we argue that a starting point for devising an effective response should follow the tenets of a counterinsurgency (COIN) strategy,” adds CNA, which conducts analysis to inform national decisions makers, in the study.

CNA proposes dealing with the corruption, poverty, and ethnic tensions that fueled the group’s rise to power.

Although Nigerian President Goodluck Jonathan has refused to accept prerequisite conditions for U.S. military aid, the Marines are currently training the Nigerian navy in small boat maintenance since that is not directly linked to combat.

“It is an ongoing gesture of good will that helps keep a bilateral relationship — that is in fact strong in many other areas — open should the conditions for direct combat training ever be met,” the Marine Corps Times quotes experts saying.

“If conditions were set for direct training, the Marine Corps could share its robust expertise working around vulnerable civilians while minimizing collateral casualties… skills the Nigerian military badly needs,” added Carl LeVan, an associate professor at American University’s School of International Service who has closely studied the Nigeria’s internal politics and security.

Marines are well equipped to provide humanitarian assistance and aid the hundreds of thousands of Nigerian refugees, according to the Marine Corps Times article.

“Contingent on concessions from the Nigerian government, Marines could also help secure roads to camps as part of humanitarian operations to deliver supplies,” adds the article.

LeVan suggested that Marines could help prevent the radicalization of Nigerians by providing humanitarian aid.

“There are hundreds of thousands of people in northeast Nigeria who are hungry and in need of humanitarian assistance,” he said. “Those camps are potential breeding grounds for radicalization.”