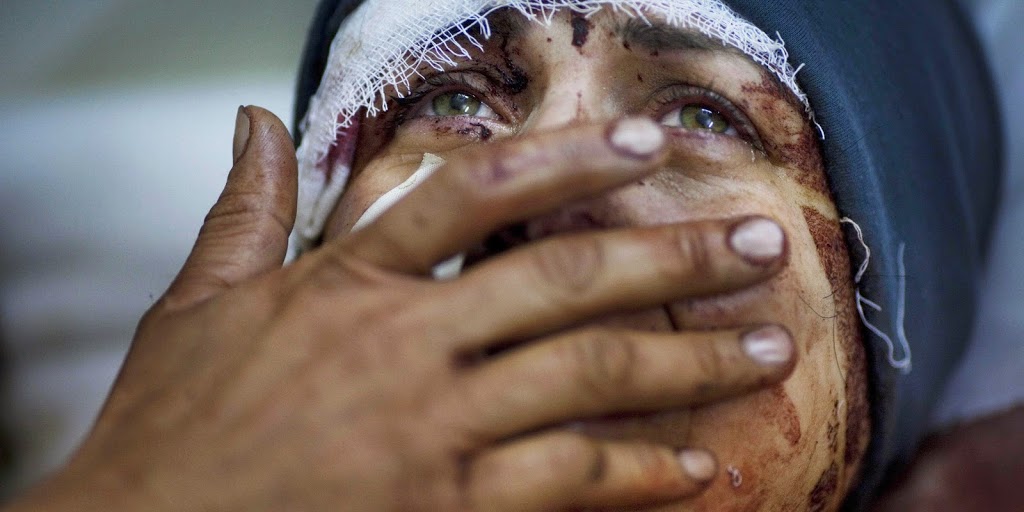 The most powerful form of lie is the omission – George Orwell. The news that UNSMIL queered the pitch on Libya is not surprising.

All the signs were there: misunderstanding the situation on the ground, information omissions, the ineffectiveness of UNSMIL to know exactly what is ongoing in-country during the talks, and trying to mediate with dodgy characters from Libya Dawn, the terrorist extremist hodgepodge of misfits claiming to be the internationally-recognised government of Libya in Tripoli through the General National Conference or GNC.

The UN, and the media, all fell into a mind-numbing trap.

The debacle in Geneva featured numerous miscalls by the UN on who will be attending the talks, the progress of the discussions, a ceasefire and the path forward.

The so called ‘partial’ ceasefire was a non-starter because everyone knew such a break would give Libya Dawn time to reorganise and resupply.

Although a list of ‘agreed to’ points were released to the media at the conclusion of the first day’s meeting, the statement might as well been copied and pasted from other talks where countries are trying to negotiate a way to avoid State failure. It was standard content to give the air of forward progress, which everyone knew except for the UN.

The confusion over the Geneva talks became more acute when the GNC proposed moving the talks from Geneva to Ghat, in Libya. GNC president Nuri Abu Sahmain then flew to Turkey to meet the main sponsor of the Muslim Brotherhood, President Recep Tayyip Erdogan, to seek to negotiate with UNSMIL’s Bernardino Leon.

That the UN thought that Turkey should be involved as a negotiator, given the recent emerging revelations of Erdogan’s support for terrorism, is incredible.

Besides, fighting was being reported in the south, including Aubari, near Ghat. Clearly, this notion of Turkey’s involvement was recognised immediately by the Al Thinni government as a ruse, allowing Ankara to become an important player in the talks, thereby protecting Muslim Brotherhood interests.

At that point, with a non-starter proposal to move the location and given Turkey’s interference, the Geneva talks fell into fiasco.

It was quite telling what Prime Minister Abdullah Al Thinni thought about the UN talks in Geneva.

His interview to a Sudanese newspaper during the talks contained a plea for the ability to fight for themselves: “All we ask from the international community is to help us address the situation in our country and provide us with expertise and equipment and, more importantly, lift the ban on arming the Libyan military to enable the State to take full control over national soil.”

Consequently, as the talks ended in disarray, Al Thinni’s government released a decree declaring the recall of Khalifa Haftar and 107 other Libyan military officers. The decree was issued weeks ago but had not previously been made public because the Al Thinni government knew that the UN talks would not succeed.

The media is mistakenly reading into this announcement that the ties between Al Thinni and Haftar is “cementing an alliance”. This idea is folly because this alliance was cemented long ago with Operation Dignity.

Speaking of the media, many stakeholders are involved in the info war regarding Libya on the ground and the press is evidently finding it confusing to illustrate an accurate portrait of what is actually happening.
This information architecture being used in the Libyan battle space is to ‘confuse’ the enemy.

Upping the info war narrative to reveal the treacherous nature of supporters of Libya Dawn is a necessary requirement.

To be sure, this confusion among the Western diplomatic community, and specifically UNSMIL, causes them to keep sending out such mixed messages with regard to their policies and the negotiations in Geneva and this resulted in the poor and confusing media war with whipped up tweets.

European Union policymakers are demonstrating their frustration with the UN process too.

A policy paper in the wake of the Geneva debacle calls for the disbandment of EUBAM Libya, the EU mission to control Libya’s borders, and the closure of the Peacock Compound in Tripoli.

The EU, instead, wants to give assistance to the countries surrounding Libya – Algeria, Tunisia, Egypt, Niger, Chad and Sudan – by sealing their borders and focusing on maritime surveillance and search and rescue.
By scuttling EUBAM, a sharp message is being sent to Libya Dawn and the GNC of the shape of things to come, meaning game over for them at least.

Importantly, the United States now appears to be more proactive than the UN in shaping the future of Libya.
During the Geneva talks, the US agreed “to safeguard Libyan domestic and overseas assets from being used to finance terrorism or war in Libya”.

This statement is interpreted to mean that no money goes to the GNC and Omar Al Hassi in Tripoli.

The agreement came at the end of a three-day visit by the governor of the Central Bank of Libya, Ali Salem Hibri, and the chairman of the Libyan Investment Authority, Hassan Bu Hadi.

It is to be recalled that the present currency crisis in the North African State and the reforms made by Al Thinni to change the payment system for oil production and sales are linked to the discussions with Washington.

The UN’s attempt to mediate, without a clear plan, means that the West and America, in particular, will not recognise or deal with Tripoli and further means that, probably, Libya Dawn will split.

The only unintended good outcome of calling for talks in Geneva was allowing the Misratans to hopefully break away, leaving only violent extremists and the Muslim Brotherhood.

Perhaps this potential development will play into Al Thinni’s hands.

Geneva was, to all intent and purposes, just a waste of time and energy.