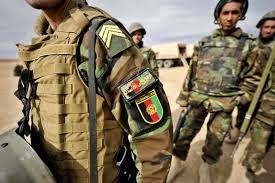 Two soldiers from the Afghan National Army were killed in an explosion while 47 militants were killed during military operations across the country, officials said on Tuesday.

A statement issued by the Ministry of Defense stated that two soldiers were killed due to a landmine explosion in past 24 hours, Khaama Press reported.
The statement does not contain information about the exact location of the incident.
The statement added that 24 militants were also killed during the operations conducted in past 24 hours in Ghazni, Logar, Oruzgan, Badghis, Herat and Helmand provinces.
15 militants were also wounded and four were arrested and their weapons were seized by the army.
248 Improvised Explosive Devices (IEDs) were also discovered and defused by the military, the statement said.