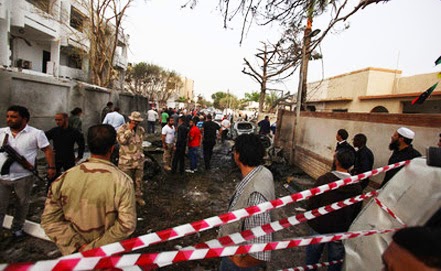 Five people were killed and eleven wounded on Tuesday when a suicide bomber blew up a car laden with explosives in front of an army camp in the eastern Libyan city of Benghazi, army officials said.

In a separate incident, a rocket hit a residential building, killing a 17-year old girl and wounding four, the officials said.

Libya’s second-largest city is a war zone where forces allied to the country’s recognized government are fighting Islamist militants.