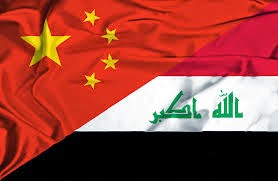 Chinese officials visited Baghdad this weekend to vow cooperation with the Iraqi government in eradicating the Islamic State and rebuilding the oil-rich Iraqi economy. Outlets differ on the sparse details, though the message of resolve to participate in the fight against ISIS appears throughout.

Chinese media published photos Monday of a meeting between Yang Jiechi—a high-ranking communist official who has held many titles but is currently a member of the State Council Leading Party Members’ Group—and Iraqi officials.

The publication notes that details of the meeting were not discussed in public, though it is estimated that 10,000 Chinese nationals are currently working in Iraq, which makes the increasing tensions with the Islamic State jihadist terror group a growing threat against China.

Cuban outlet Prensa Latina also reports on the meeting between Masum and Yang Jiechi. The Cuban outlet claims that Iraq is seeking to offer China a bigger role in its stability, quoting Masum as stating, “Terrorism did not come to Iraq supported by any specific community, but it is attacking all the communities of Iraq, including the Sunnis.” The Prensa Latina report mentions “military, economic, and security” support, echoing that of World Bulletin.

Another Turkish outlet, the Türkmeleni Cooperation and Cultural Foundation, differs with the official Chinese state report in claiming that Yang specifically mentioned the Islamic State as a target the Chinese government is interested in helping the Iraqi government destroy. “People’s Republic of China is ready to provide support to Iraq in its fight against Daesh in the fields of security, military and politics,” the report states Yang as saying.

Murky as the details of the meeting appear, a Chinese presence in Iraq follows months of the administration of President Xi Jinping expressing heightened concern surrounding the growth of Islamic extremism, both in China and abroad. China has gone to great lengths to curb the practice of Islam in western Xinjiang province, where much of the population is of Muslim Uyghur extraction.

After explicitly banning religion in general, state government placed restrictions on the public display of long beards, “Islamic garb,” and burqas specifically. Reports have identified Chinese Uyghur recruits among the ranks of the Islamic State.

In January, state outlet Xinhua published a column renaming the War on Terror the “People’s War” and calling for the Chinese to crush terrorists “like rats.” 2014 was a year particularly rife with Chinese government anti-terrorist activity, including the execution of 13 Uyghur alleged terrorists in June for up to seven counts of terrorist activity.