You are here: Home / Senza categoria / Canada will expand its campaign by shelling Islamic State to include Syria after Iraq 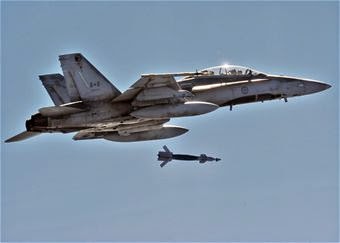 Two informed sources said that Canada plans to expand its mission against ISIS by sending fighter-bombers to attack targets in Syria as well as Iraq.

The expansion means that Canada will become the second country after the United States bombed militants in Syria.

The sources said that Prime Minister, Stephen Harper officially announced the plan on Tuesday. And will also announce that Canada plans to extend the military mission determined by six months for another year until April 2016.

Canada has about 70 soldiers from the Special Forces operating north of Iraq and has provided also six aircrafts to participate in the shelling mission led by the United States against ISIS Iraq.

Harper has taken a tough stance on ISIS by saying it is a fundamental threat to Canada.

Harper will present his plan to lawmakers to vote to ensure approving it because the Conservative Party to which it belongs and have a majority in the House of Commons.

The expansion of the mission will include Syria and cause political division as critics say that this means that the bombing would need the approval of Syrian President ,Bashar al-Assad