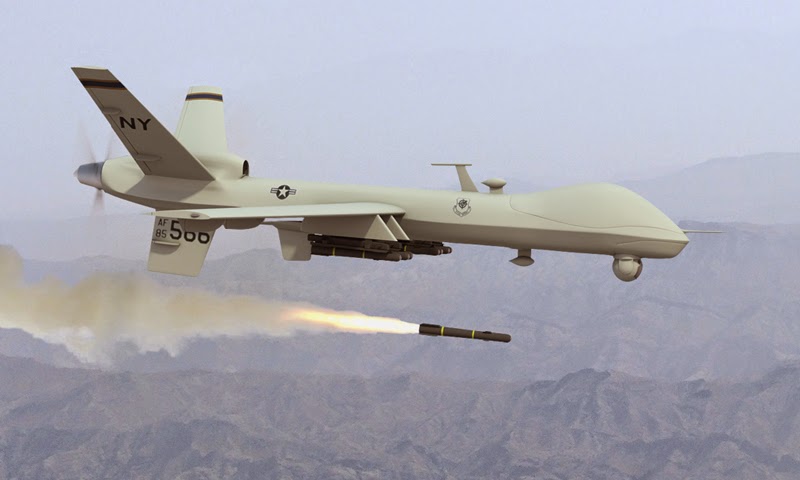 Tuesday’s drone strike was near the site of fierce fighting on the Pakistani side of the border in recent days.

Fighter jets have been pounding positions in the Tirah Valley in the Khyber region, and the military says it has killed scores of militants. At least seven soldiers have also been killed.

Two Pakistani intelligence officials confirmed Tuesday’s strike in the Nazyan area of Nangarhar near Pakistan’s Khyber Agency. They said the nine militants belonged to the Pakistani Taliban and Lashkar-e-Islam, which announced an alliance with the Taliban earlier this month.

No one tracks drone strikes in Afghanistan – many of them take place in remote regions and are not reported – but Taliban commanders say that fighters there are being increasingly targeted since late last year.

The strikes come amid warming relations between Pakistan and Afghanistan, traditionally hostile neighbours who each accuse the other of harbouring insurgents to act as proxy forces.

Diplomats hope Pakistan can pressure Afghan Taliban with bases in Pakistan to negotiate. But Pakistan has also said it wants to see action taken against Pakistani insurgents with bases in Afghanistan.