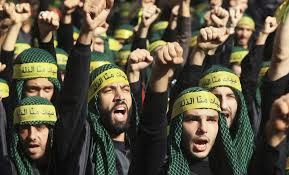 Military Intelligence officials, the IDF, and the defense establishment are all preparing for an inevitable full-fledged war with Hezbollah, Walla! News reports Tuesday – due, at least in part, to the increasing boldness of Hezbollah leader Hassan Nasrallah.

“Today more than ever, Nasrallah is willing to take risks with Israel that could get out of hand, instead of being perceived by Israel as weak,” a senior defense official told the daily.

As such, Hezbollah has become more brazen in its open readiness to attack Israel, military sources stated. According to several IDF reports, Hezbollah terrorists have begun openly patrolling up and down the border – sometimes in civilian clothing, sometimes wearing Lebanese Army uniforms – and documenting on camera what happens each day on the border fence and documenting “engineering work.”

Foreign sources have stated that Hezbollah terrorists have begun openly walking through Shi’ite villages in Lebanon as well – despite the patrol of Lebanese Army soldiers and UNIFIL peacekeepers.

The organization has become involved in a drug smuggling trade between Lebanon and Israel as well, in order to perform useful reconnaissance for future battles with Israel.

“Nothing has been done in southern Lebanon, and probably on the Gaza border, without the organization knowing it,” a senior military source in the Northern Command told Walla!.

The IDF is preparing for the possibility of another war, attempting to match the IDF’s strength to intel gathered on Hezbollah’s firepower.

But it is also prepared for specific scenarios – including the likelihood of Hezbollah’s special forces, consisting of 100-200 terrorists, raiding communities near the Lebanese border fence and occupying them for short periods. The group has changed tactics to be more on the offensive, the source added.

Rumors have persisted for months that terror tunnels are being dug into Israel. In January, residents along the Lebanon-Israel border stated that they would fund their own investigation team to examine the possibility of Hezbollah digging terror tunnels into Israel, after the IDF reportedly denied repeatedly that there was any evidence of digging.

When asked about the digging noises earlier this year, Defense Minister Moshe Ya’alon (Likud) claimed “no tunnels have been located on the northern border. Noises that were heard beneath a home turned out to be a neighbor’s horse stomping with its hooves.”

But a video posted on YouTube shortly thereafter, said to have been filmed at night in Shtula on the border with Lebanon, had many seriously doubting Ya’alon’s claims.

The security establishment has not found any evidence of tunnels so far – or so it claims publicly – but the IDF assures that it is preparing for the scenario of a surprise attack.

However, Division 91 sources stated that Hezbollah may not even need tunnels to infiltrate Israel; if the group decides to storm the border, it could reach Kibbutz Misgav in minutes – tunnels or not.

If necessary, a war against Hezbollah will be costly – to the tune of 1.5 billion shekels ($378 million) per day of fighting, security forces say. Thus, Israel’s political system will be forced to decide – and soon – whether to choose increased deterrence or wait until war along the borders to prevent the most casualties and crippling economic damage.