You are here: Home / Senza categoria / Salman, who is the new King of Saudi Arabia? 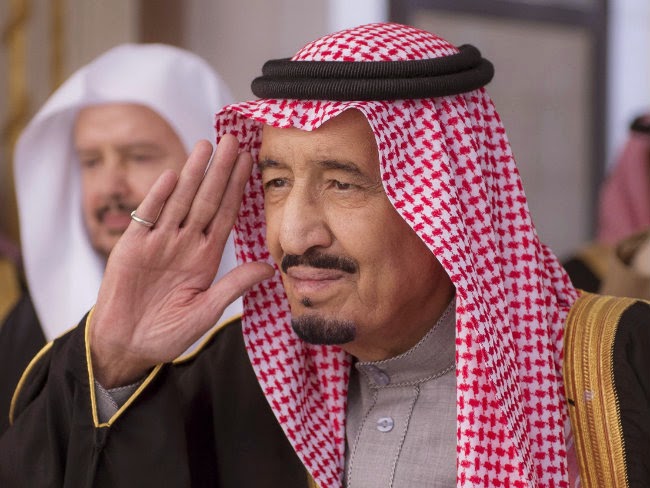 The new king of Saudi Arabia, Salman bin Abdul-Aziz Al Saud, has spent more than a half-century among the top echelons of one of the world’s most powerful families and is known to serve as mediator and peacekeeper between its often competing factions.

Best known for overseeing the development of the Saudi capital, Riyadh, during his nearly 50 years as its governor, he became the country’s defense minister in 2011 as a series of uprisings were shaking Arab leaders who had long been Saudi allies.

While Salman is popular inside the kingdom and in the ruling family, he ascended the throne after the death of his brother Abdullah on Friday amid increasing strains on the kingdom. The drop of world oil prices has hurt the country’s economic base; the jihadists of the Islamic State have questioned its status as the global lodestar of Islam; and new civil strife is shredding Yemen, its southern neighbor. Analysts said that those challenges would most likely keep the new monarch from making any sudden changes to policy.

“There will be a strong emphasis on continuity,” said Bernard Haykel, a professor of Near Eastern studies at Princeton University. “Especially at a time when the price of oil is low and there is lots of turmoil in the region, the last thing they need is to get their people riled up.” It remained unclear how capable Salman would be at putting in place Saudi responses to these difficulties. As crown prince, he was said to have taken over many of the duties of the head of state as Abdullah grew ill, but Salman’s own health is in question.

He is 79, has had at least one stroke and lost some movement in one of his arms. Robert Jordan, a former U.S. ambassador to Saudi Arabia, said that Salman had a strong record as a good administrator, best demonstrated by his governorship of Riyadh. “He is considered to be a straight-shooter, not corrupt, well educated,” Jordan said. His stances on social issues are less clear, but few think he will roll back the modest reforms put in place by his brother, which included encouraging women to enter the workforce – a move criticized by some parts of the conservative clerical establishment.

“He is very conservative, of course, like the rest of the kingdom, but I don’t think he is likely to undo the reforms that King Abdullah initiated,” Jordan said. In a statement attributed to the new king read on Saudi state television, he promoted Prince Muqrin bin Abdul-Aziz, who had been deputy crown prince, to crown prince, putting him next in line to the throne. Muqrin, relatively young for a Saudi leader at 69, is a former air force pilot who also served as governor of Madina province before being named the head of Saudi intelligence, a post he held until 2012. Like Salman, Abdullah and the kingdom’s previous four monarchs, Muqrin is a son of King Abdul Aziz, the founder of the modern Saudi state.

Jean-Francois Seznec, who teaches political economy of the Gulf at Georgetown University, said that the transition would probably not affect Saudi oil policy and the kingdom’s strategy of keeping production up despite falling prices in order to hang on to market share. “I think for the time being that they will be careful not to change very much and to go for stability,” he said. But dealing with the crisis in Yemen, which shares a long border with Saudi Arabia and harbors al-Qaida militants who are hostile to the monarchy, will probably be Salman’s first task.

“I think it scares the hell out of the Saudis,” Seznec said. “It is a dangerous place for them, and their Yemeni policy has been a huge failure.” Salman’s sons, too, hold a number of powerful positions: Prince Abdulaziz is the deputy oil minister; Prince Faisal is the governor of Madina Province; and Prince Sultan heads the tourism authority and was also an astronaut.