You are here: Home / Senza categoria / Lebanese army attacked by Islamists near border with Syria 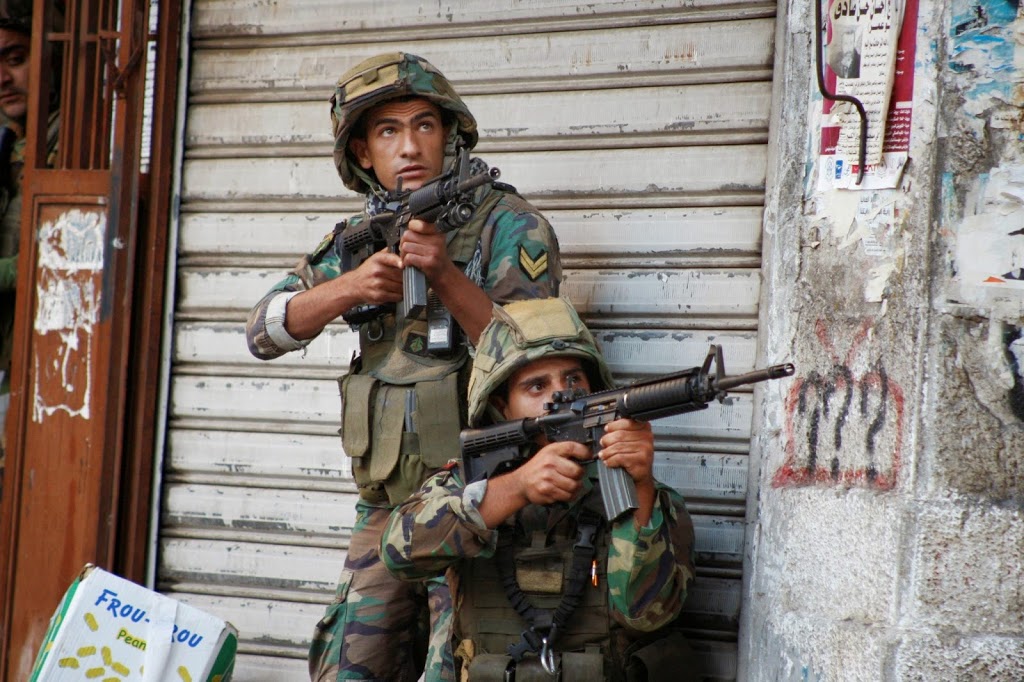 At least three gunmen were killed in clashes with Lebanese soldiers close to the border with Syria on Friday, a Lebanese security source said, in an area that has seen regular incursions from Islamist militants fighting in Syria’s war.

A group of gunmen launched a large-scale attack on an army outpost close to the village of Ras Baalbek, near Lebanon’s eastern frontier with Syria, wounding at least five soldiers, and the army responded with artillery, the source said.

It was not immediately clear which group the attackers belonged to but Syria-based jihadist groups such as al Qaeda’s Nusra Front and the ultra hardline Islamic State have attacked Lebanon in recent months.

The army said in a statement that the clashes were continuing in the desolate area close to Ras Baalbek and that the army was shelling positions after the attack by a “terrorist group.” It did not give any details about casualties.

Ras Baalbek is near the town of Arsal where Sunni Islamist militants staged a deadly incursion in August and seized a group of Lebanese soldiers. The militants have since killed some of the soldiers and around two dozen remain captive.

The IDF is sending reinforcements to the north Thursday and Friday amid tensions along the border with Syria and Lebanon in wake of a deadly attack attributed to Israel by foreign media on military officials from Hezbollah and Iran in Syria.

Massive IDF movement is expected in the upcoming day within Israel’s northern communities, top IDF sources told Ynet. The forces, they said, are part of the IDF’s attempt to address growing tensions in the north, which have seen both Hezbollah and Iran vow to take revenge for the alleged Israeli attack.

A senior Iranian Revolutionary Guard commander said Israel will be punished for killing one of its generals in the airstrike in Syria that also killed six Lebanese Hezbollah fighters.

Nasser Soltani says “Israel will certainly pay for what it did.” He spoke during a ceremony Wednesday for Brig. Gen. Mohammad Ali Allahdadi, who will be buried in his hometown of Sirjan in southeastern Iran on Thursday.

Soltani is quoted by the state TV as saying Allahdadi was “martyred while performing his advisory mission” in Syria.

The Kuwaiti newspaper Al Rai reported Thursday morning that – despite an Israeli official denying the claim to Reuters – Israel was well aware of who was in the convoy and that the Iranian general was the intended target.