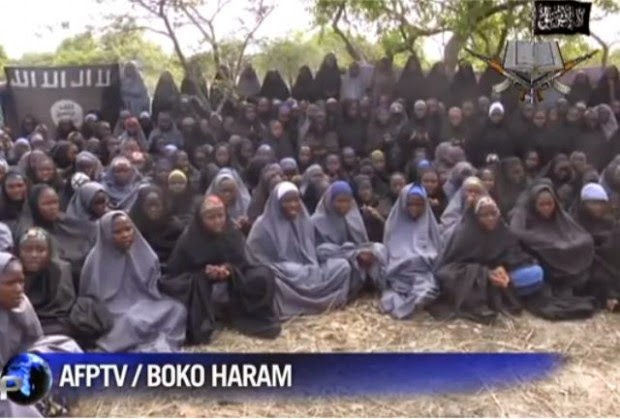 Boko Haram fighters have kidnapped about 80 people, many of them children, in a cross-border attack on villages in northern Cameroon, the first time villagers from that country have been kidnapped by suspected militants. The latest reports say the Cameroonian army has freed about 20 of the captives.

In previous kidnappings blamed on the Islamist group in Cameroon, targets have been high-profile people or foreigners taken for ransom. Sunday’s abductions occurred around the village of Mabass in northern Cameroon. The attacks have fuelled fears that the insurgency is spilling out of Nigeria into neighbouring countries.

Increasing ruthlessness Boko Haram has grown bolder in recent years, and the recent spate of attacks has coincided with the upcoming Nigerian presidential election on February 14.

Before Sunday’s assault in Cameroon, the militants launched one of their bloodiest attacks yet in Nigeria on the towns of Baga and Doron on January 3, leaving hundreds of people dead and thousands of houses burnt or razed.

Daniel Eyre, Nigeria researcher for Amnesty International, described the Boko Haram assault as “the largest and most destructive” his organisation has analysed. “It represents a deliberate attack on civilians whose homes, clinics and schools are now burnt-out ruins,” he said.

Elizabeth Donnelly, an analyst at the Chatham House think- tank, says Baga – a small town in Nigeria’s Borno state – closes a gap in Boko Haram’s map, fulfils a strategic purpose with its proximity to the border with Chad, where it is reported to have set up camps on islands in Lake Chad, and further bolsters its resources and sense of confidence with a win over a multinational military force.

“The small town near Lake Chad was home to the base of the multinational joint task force, comprising troops from Nigeria, Niger and Chad – but despite the military presence, Baga was surrounded in the country’s northeastern corner by what has become Boko Haram territory,” she writes.

Impact on the election Nigeria’s presidential, parliamentary and state gubernatorial and assembly elections, scheduled for next month, are likely to be more contentious than usual.

According to the International Crisis Group, tensions within and between the two major political parties, competing claims to the presidency between northern and Niger Delta politicians and along religious lines, along with inadequate preparations by the electoral commission and apparent bias in security ?agencies, suggest the country is heading toward a volatile and vicious electoral contest.

If the vote is close, marred or followed by widespread violence, it will deepen Nigeria’s political and economic problems. In addition, falling oil prices are eroding government revenue, raising fears that eventually the federal authorities may be unable to pay those who work for them or even maintain essential services.

The Boko Haram insurgency and the state of emergency in Borno, Adamawa and Yobe could prevent voting in parts of those northeastern states.

The law states people must go to their home constituencies if they want to participate in the poll, but many city-based voters will be reluctant to return if they are under the control of the insurgents.

Boko Haram has repeatedly ?stated its opposition not only to Western education – its name means Western education is forbidden, in the Hausa language – but also to democracy and secular government, which it regards as a form of “paganism”, and its ?attacks could intensify to discourage voting. Some 1.5-million people have been displaced by the insurgency.

As of mid-September 2014, the insurgents had seized 25 towns in Adamawa, Borno and Yobe states. Nigerian media reports say Boko Haram ?has seized and established control over 20 000km2 of territory in the region.

Nigeria’s opposition All Progressives Congress (APC), which draws most of its support from the north, says it will not accept a result in which “large swaths of the citizenry” are disenfranchised.

The election pits the incumbent president, Goodluck Jonathan, against General Muhammadu Buhari, who has a reputation as one of the more honest and well intentioned of the country’s military rulers but not as one of the most astute.

What Boko Haram wants The insurgents’ demands have focused on two main areas: the release of Boko Haram prisoners and the creation of an Islamic state.

The group began to emerge in 2002 and 2003, when followers of a young charismatic preacher, Mohammed Yusuf, retreated to Kanamma, a remote area in the northeast. He advocated a strict, fundamentalist interpretation of the Qur’an and believed that the creation of Nigeria by British colonialists had imposed a Western and unIslamic way of life on Muslims.

The group opposes voting in elections and the wearing of shirts or trousers. Its eventual goal is to create an Islamic state. Northern Nigeria has a history of spawning militant Islamist groups, but Boko Haram has proved to be the most durable and lethal of such groups.

The Nigerian military thought it had finished off Boko Haram when it seized the group’s headquarters in 2009 in the city of Maiduguri and killed Yusuf. But Boko Haram regrouped under Abubakar Shekau, and has grown stronger and more ruthless. In 2010, it carried out assassinations and a major raid on a prison.

A suicide attacker rammed a ?car bomb into United Nations headquarters in Nigeria’s capital, Abuja, in August 2011, killing 23 people.  In 2013, Boko Haram targeted pupils in a series of attacks, culminating in the raid in Chibok deep in northeastern Nigeria in April 2014, in which 276 schoolgirls were kidnapped. Of this number, 219 remain missing.

Scorched-earth tactics Despite the state of emergency in Adamawa, Borno and Yobe since May 2013 and increased military offensives, the insurgents have adopted and intensified a three-pronged strategy of bombings in cities, scorched-earth tactics in rural areas and assaults on military and police bases.

These attacks resulted in more than 5 000 civilian casualties and the displacement of at least 750 000 people between May 2013 and October 2014.

The weekend abduction of Cameroonian villagers in that country’s far north will fuel fears that the group is expanding its operations into neighbouring countries. In a video posted online this month, a man claiming to be Shekau threatened to step up violence in Cameroon unless it scraps its Constitution and embraces Islam.

Boko Haram has financed itself mainly through ransom kidnappings, bank robberies and other illegal activities. The group is believed to have raided at least one Nigerian military arms depot. Illegal arms are not difficult for Boko Haram to obtain as arms trafficking is widespread in West Africa.

Nigerian response to the insurgency  Since troops were deployed when an emergency was declared, Boko Haram has withdrawn from its urban base in Maiduguri to the vast Sambisa forest, along the border with Cameroon. But the seventh division of the Nigerian army has been stretched and it lacks equipment and training.

Further complicating Nigeria’s response to the attacks is the fact that the armed forces have been criticised for corruption.  It is unclear how much has been spent to combat the insurgency. On the economic front, there is the presidential initiative for the ?northeast, pooling funds from federal departments, state governments, foreign donors and businesses to provide jobs for 100 000 youths in a region of desperate poverty, a factor that is exploited by Boko Haram.

But the programme only began in November and it will take time to have any impact. The government has also been criticised for its seeming lack of urgency in getting to grips with the crisis in the north.

After the abduction in Chibok, which triggered the global #BringBackOurGirls campaign that drew the support from such figures as Michelle Obama and Angelina Jolie, it took the president three months to meet any of the affected parents.