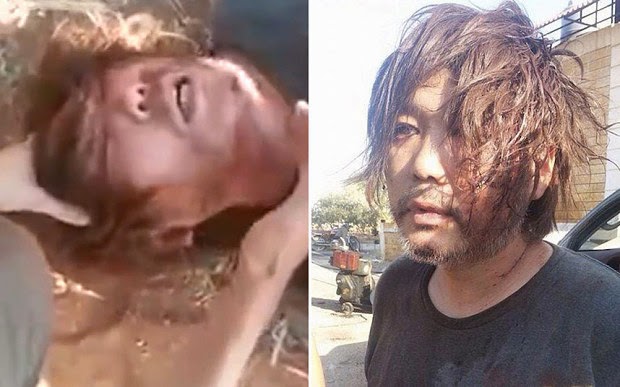 Japan early on Sunday strongly criticized a recording purporting to announce the execution of a Japanese citizen held by Islamic State militants and demanded the immediate release of another captive depicted as appearing on the image.

“This is an outrageous and unacceptable act,” Suga said. “We strongly demand the prompt release of the remaining Mr. Kenji Goto, without harm.”

Suga read the statement and declined to take questions.

Japan’s government is investigating a new message purported to be from the Islamic State group holding two Japanese hostages.

Suga said late Saturday that Cabinet ministers were holding an emergency meeting about the new message, the release of which he condemned as unforgivable.

The Associated Press could not verify the contents of the message, which varied greatly from previous videos released by the Islamic State group, which now holds a third of both Syria and Iraq.

The Islamic State group had threatened on Tuesday to behead the hostages within 72 hours unless it received a $200 million ransom.