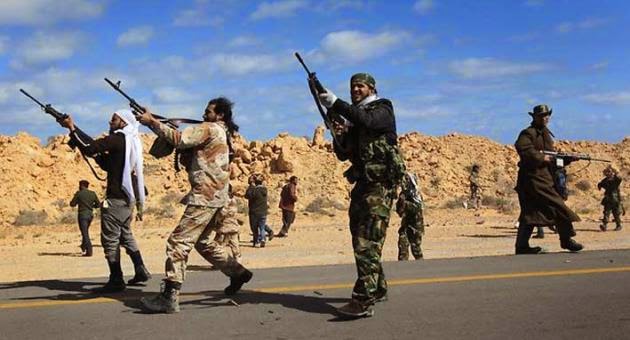 Islamic State militants have taken over practically the whole area from where migrant crossings are launched and are effectively running the whole show, a prominent Libyan politician has warned.

Speaking to Italian journalists during the Davos World Economic Forum, former Libyan Finance Minister Ali Tarhouni, who now serves as President of the Constituent Assembly of Libya, warned that the EU is underestimating the risk of IS militants infiltrating Europe’s shores hidden among refugees.

The former Minister said IS is effectively managing the migrant crossings and the risk of Kalashnikov-toting militants infiltrating Europe’s shores hiding among the refugees is being overlooked by the EU. “Europe is seriously underestimating the possibility that militants will infiltrate Lampedusa, Sicily or Malta,” he said. “The risks are increasing at a dramatic rate.”

Mr Tarhouni told journalists in Davos that IS militants, who took control of the eastern Libyan city of Derna last year, are moving west and securing footholds all along the Libyan coast. According to reports, they have advanced on Sabrata and Harat az-Zawiyah although, at least for now, they have bypassed Tripoli.

The Libyan politician explained that most of the migrant boats that leave Libya in search of Europe depart from this stretch of coastline. “This area has descended into anarchy, a perfect breeding ground for smugglers, human traffickers and Islamic militants. The police and the army no longer venture into these areas,” he said.

Mr Tarhouni also warned that IS is eyeing Libya’s neighbouring countries – Egypt, Tunisia and Algeria – in a bid to expand its caliphate.

Earlier this week, at a meeting of the anti-IS coalition in London, Italian Foreign Affairs Minister Paolo Gentiloni also warned of the risk of infiltration by Islamic militants.

He is quoted to have said that the Italian security structures have been warned of the risk and are functioning well, although this does not mean that the threat level should be lowered. “It would be a grave error if any democratic country ignored the possibility that militants armed with Kalashnikovs are hiding behind the boatloads of migrants reaching Europe’s shores,” Direttanews.it quoted him as saying.

However, according to other reports, Mr Gentiloni later back-tracked on his statement and insisted that terrorists would not risk crossing the Mediterranean on rickety boats. He said the threat of terrorism should not be confused with the migration phenomenon. “Asking to suspend the rescue operations at sea would not only be a political mistake but also a moral one.”

Italian Home Affairs Minister Angelino Alfano did not exclude the possibility of infiltration by terrorists but said that Italy’s security forces are monitoring every avenue that can be used by extremists. However, Mr Alfano said this was not being done as a reaction to the risk of infiltration but because the threat level was already high, especially after the Paris attacks.

On the other hand, Matteo Salvini, the federal secretary of the anti-immigration Italian Lega Nord party, said this serious matter should be discussed in the Italian Parliament as well as among the members of the Triton mission. Other politicians said they have been warning the authorities of this threat for some time but have been ignored.

Missions like Frontex, they argued, which bring in thousands of migrants every year, may have elevated the risk. They also accused Mr Gentiloni of only telling the truth now, after ignoring the situation for months on end.

Some politicians have also noted that, apart from the threat from IS, which now even has a foothold in Libya, there are other groups that are becoming stronger, including Boko Haram in Nigeria and Al Qaeda in the Gulf.

There have been a number of migrant landings in Sicily and Calabria in the past few days. The Maltese authorities saved some 80 migrants earlier this week.