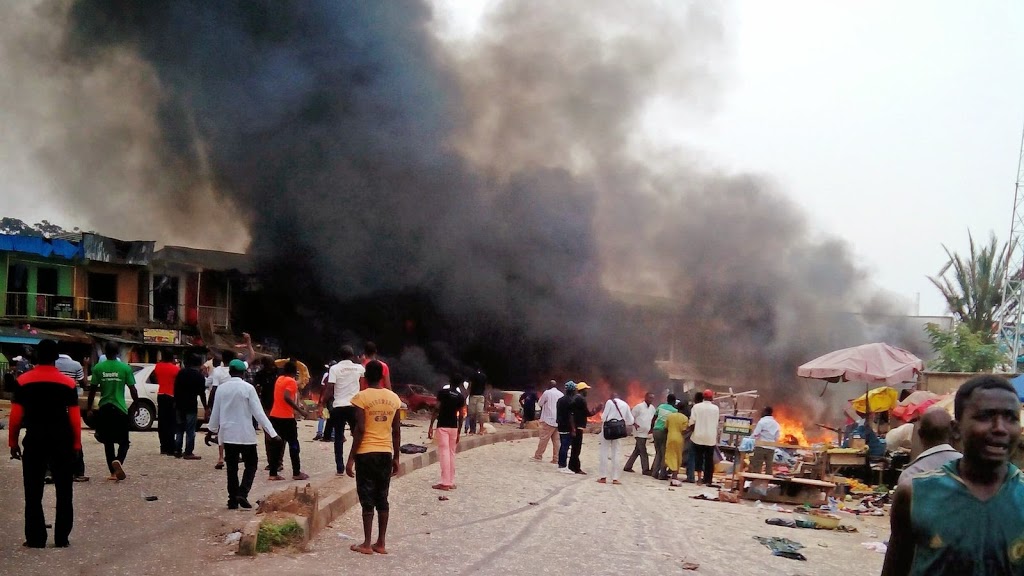 Nigerian troops have engaged Boko Haram militants in battle after the rebel group attacked the major northeastern city of Maiduguri. The attack comes a day after Boko Haram released a group of kidnapped women.

Boko Haram militants attacked Nigeria’s restrictive northeastern city of Maiduguri on Sunday, military, government and locals reported. The attack came as a surprise to some as the group had released 192 hostages it kidnapped earlier this month.

Just after 9 a.m. local time (0800 UTC) witnesses said shelling could be heard around the city. A military helicopter was also circling above, they reported.

“Troops are repelling a simultaneous attack on Monguno and Maiduguri by terrorists,” the defense headquarters tweeted.

It said air and land operations were continuing against the Islamists, adding also a curfew had been imposed on the city which had been a hotbed for the Boko Haram insurgency over the past five years.

A security source said all roads had been closed and commercial activity in the immediate area shut down.
The rebels launched their attack on the outskirts of the city in the Njimtilo area where they first attacked Jintilo settlement early Sunday morning.

The rebels were met with resistance by troops deployed to the village, just five kilometers (three miles) from Maiduguri. Capturing Njimtilo would be a major coup for militants as they try to succeed in establishing an Islamic State within Africa’s biggest economy.

“It is flying bullets everywhere. All we hear are sounds of guns and explosions,” Buba Kyari, a resident of Moronti neighborhood, near Jintilo told the AFP news agency.

“A rocket-propelled grenade hit and killed a person from my neighborhood who was fleeing into the city.”
Fears have been growing for months about a strike on the city after Boko Haram insurgents started seizing towns and villages in three northeast states about six months ago.

Boko Haram last tried to seize Maiduguri in December 2013, attacking a nearby army and air force base at the time.

The rebels have control of large areas of Borno state and some areas of neighboring Adamawa and Yobe states. The group recently seized the town and army base at Baga near Lake Chad.

Sunday’s attack comes a day after the terror group freed 192 hostages, mostly women, kidnapped during a raid earlier this month. They were sent back to their community in the northeastern state of Yobe, where 218 women and children were abducted in January.

President Goodluck Jonathan, who is seeking re-election in February, has tried in vain to crush the group and stop its growth. Jonathan visited the state as part of his election campaign on Saturday, opposition candidate Muhammadu Buhari was expected to visit on Monday.