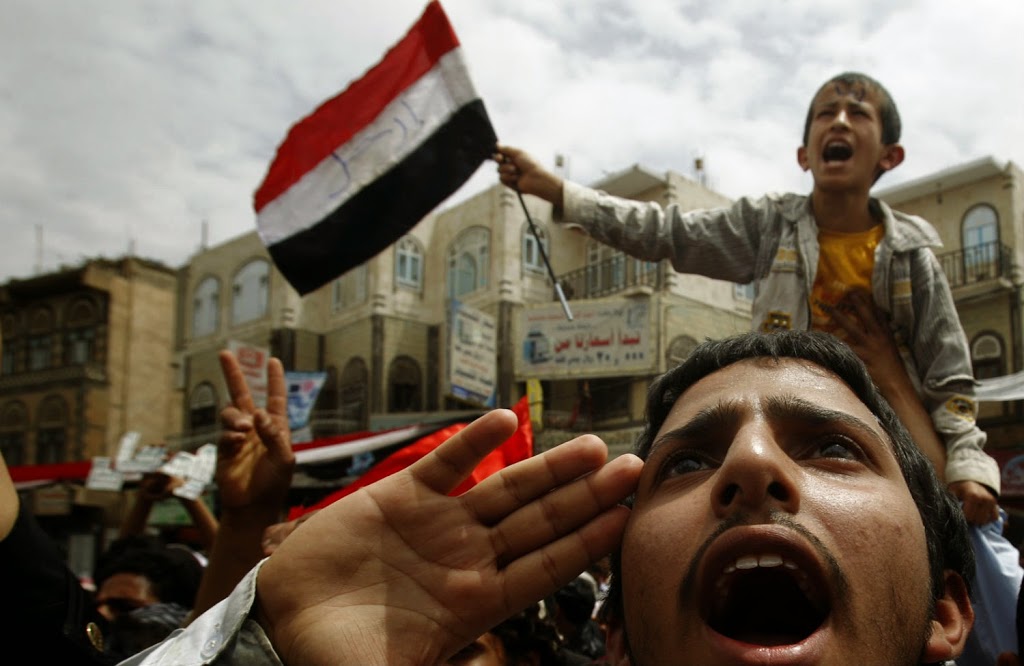 Houthi fighters have violently dispersed a protest against their takeover of the Yemeni capital, Sanaa, wounding several people, witnesses have said.

The Houthis reportedly arrested several demonstrators in Sanaa on Sunday, after firing rounds in the air to break-up the rally by their opponents.

Witnesses told the AFP news agency that several protesters who had gathered near Sanaa University, in the heart of the city, were injured while journalists were attacked and had their cameras broken.

Sunday’s demonstration came a day after more than 10,000 people marched in solidarity with President Abd-Rabbu Mansour Hadi, denouncing the takeover of the presidential palace and much of the capital by the Shia Houthi rebels.

The Houthis, who had long been concentrated in their northern highlands where Shia Muslims form a majority, have captured several key cities across the north as they push to control more territory of the country.

Hadi, a key US ally in the fight against al-Qaeda, tendered his resignation along with Prime Minister Khalid Bahah on Thursday, saying he could no longer stay in office as the country was in “total deadlock”.

The crisis in the Arabian Peninsula country escalated on January 17 when the Houthis seized Hadi’s chief of staff, Ahmed Awad bin Mubarak, in an apparent bid to extract changes to a draft constitution they oppose.
In another development, Yemen’s parliament once again postponed a session that had been due to discuss Hadi’s resignation, state news agency Saba has reported.

Parliament “has decided to postpone an emergency meeting set to take place on Sunday… to another date which will be decided later to make sure all members are informed to attend,” the news agency said.
Politicians had originally been due to meet on Friday to discuss his request to step down.

Under the constitution, parliamentary speaker Yahya al-Ra’i takes office for an interim period while new elections are organised.

The fall of Hadi’s Western-backed government raise fears of chaos engulfing Yemen, strategically located next to oil giant Saudi Arabia and on the key shipping route from the Suez Canal to the Gulf.