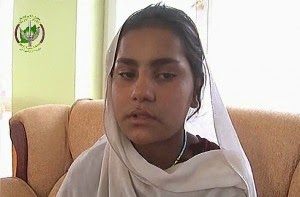 A 10-year-old girl was forced to carry out suicide attack after she was abducted by Taliban group in southern Helmand province of Afghanistan.

The Afghan Intelligence – National Directorate of Security (NDS) said Sunday that the little girl was identified as Gulsoom who was abducted by a Taliban commanden Shujahuddin from Baba Jee area of Lashkargah city.
A statement by NDS said the Taliban group was looking to carry out a suicide attack on Afghan security forces by forcing the girl to carry a school bag full of explosives.
The statement further added Gulsoom managed to flee and surrender herself to Afghan security forces before Taliban militants manage to detonate the explosives.
This is not the first Taliban militants are using the children to carry out attacks terrorist activities.
A a 15-year-old child was used to carry out a suicide attack in in French Institute at Estiqlal high school in capital Kabul earlier in the month of December last year.
While another 10-year-old girl was arrested in southern Helmand province of Afghanistan, before she manage to carry out suicide attack in this province last year.
The child identified as Spoghmai was reportedly forced by her brother who was a Taliban commander to attack the Afghan national security forces in Khanshin district of Helmand province.
Source:  khaama