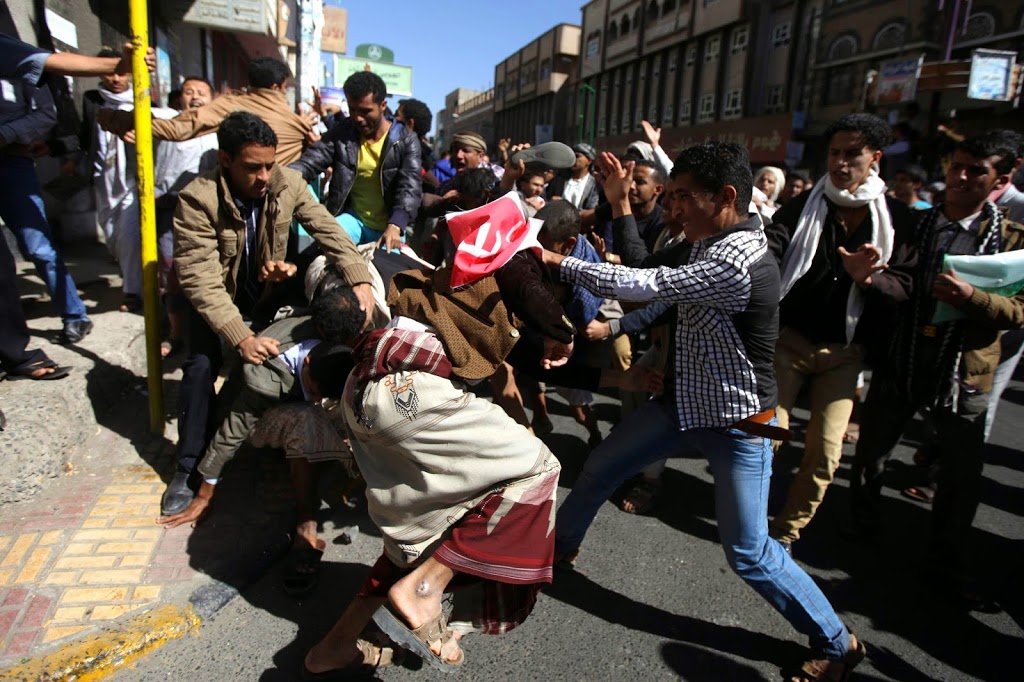 Shiite rebels battled an al-Qaida affiliate in central Yemen on Sunday and two tribes clashed east of the capital in violence that claimed a total of 17 lives, security and local officials said.

The officials, speaking on condition of anonymity because they were not authorized to speak to reporters, said the clashes in the central Bayda province broke out after al-Qaida militants attacked three positions manned by Houthi rebels, who swept down from the north and captured the capital Sanaa last year. Twelve people were killed in the fighting.

Yemen’s al-Qaida branch, which Washington views as the terror network’s most dangerous offshoot, has stepped up attacks against the Houthis. Last week, a suicide bomber targeted the gate of a rebel compound in Bayda, killing eight rebels, and clashes in three separate locations killed at least 25 rebels and seven militants.

Also on Sunday, five people were killed in clashes between two tribes, one pro-Houthi and the other opposed to the rebels, in Marib province east of Sanaa.

In January the Houthis disbanded parliament and declared their Revolutionary Committee the country’s highest political body, but their authority does not extend to Yemen’s once-independent south or to the vast and lawless east, where the Sunni extremists of al-Qaida have long maintained a presence despite U.S. drone strikes and Yemeni military operations.