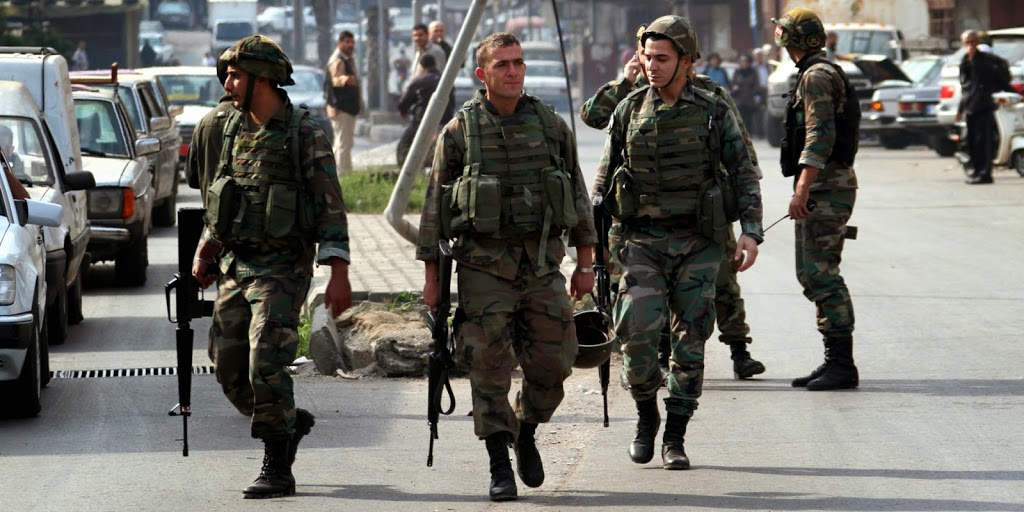 The Lebanese Army has announced arrest of 17 Syrian citizens for suspected engagement in terrorist activities as well as illegal entry into Lebanon, PressTV reported.

In a statement released on Sunday, the army stated that 12 of the Syria-based suspects were detained for attemps to organize a terrorist cell following a raid by the Lebanese troops in the al-Marj district of the Bekaa Valley.

The other five were taken into custody over illegal entry into the Lebanese territory.

Suspected ISIL terrorists launched a major attack on Lebanese army positions around Ras Baalbek, near the restive town of Arsal, where the foreign-backed militants killed and kidnapped two dozen Lebanese soldiers in August 2014.

Over the past months, Lebanon has been suffering from terrorist attacks by the Takfiri terrorists and random rocket attacks, viewed as a spillover of the conflict in Syria.

The violence fueled by Takfiri groups in Syria has so far claimed the lives of over 200,000 people since early 2011, according to reports. New figures show that over 76,000 people, including thousands of children, were killed across Syria last year.

Takfiri groups, with members from several Western countries, control parts of Syria and Iraq, and have been carrying out horrific acts of violence such as public decapitations and crucifixions against all communities such as Shias, Sunnis, Kurds, and Christians.