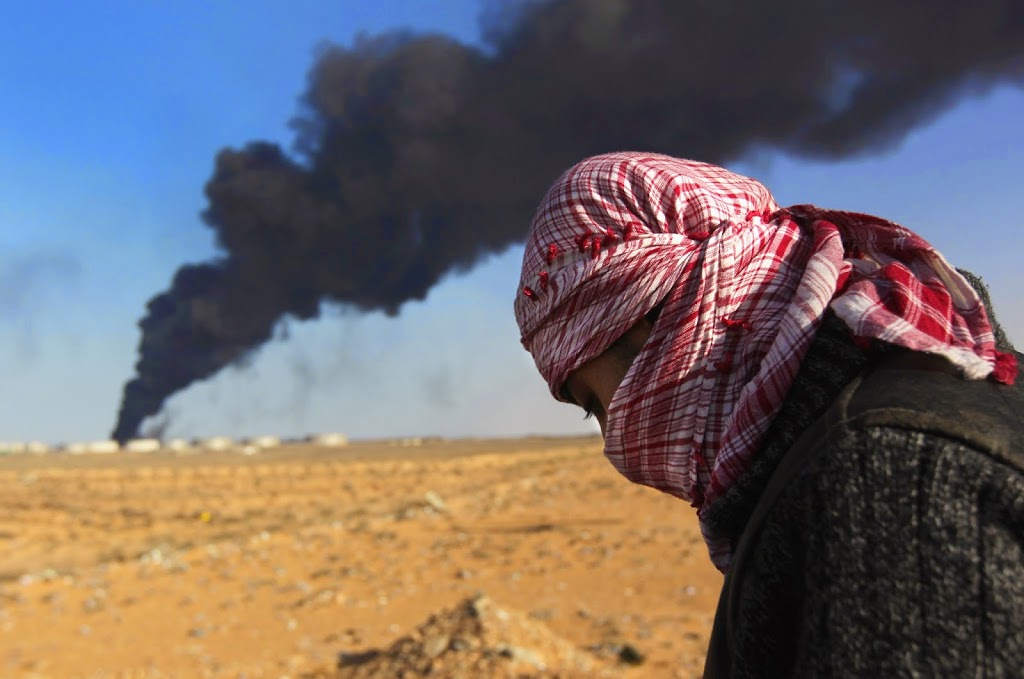 Libya’s military spokesman says militants from the country’s Islamic State affiliate beheaded eight guards after an assault on an oil field last week during which nine foreigners were abducted.
The spokesman, Ahmed al-Mesmari, also said Monday that an employee of the al-Ghani oil field watched the beheadings and subsequently died of a heart attack.
Al-Mesmari did not elaborate on how the army knows about the beheadings but the force serving as oil guards is closely allied to the Libyan military, which answers to the eastern-based government, one of Libya’s two rival governments.
Authorities in the Philippines and Austria confirmed that nine of their citizens were abducted during the attack Friday on al-Ghani, part of IS attacks on Libya’s oil infrastructure.
Four Filipinos are among nine foreigners abducted by still-unidentified armed men from an oil field in central Libya and their abductors have yet to communicate any demand, officials said Monday.
Department of Foreign Affairs spokesman Charles Jose said the Philippines was working with the employer of the nine, Austrian-owned VAOS Oil Service, the Libyan government and embassies of the other foreigners abducted on Friday. An Austrian, a Czech, two Bangladeshis and a Ghana national were also taken.
Austria’s Foreign Ministry believes the attackers are Islamic State-allied militants from nearby Sirte, but Jose said “we can’t say at this point” if they are.
The incident brings the total number of Filipinos missing in Libya to seven. Three others were snatched in another oil field on Feb. 3 and their whereabouts also remain unknown.
“These cases underscore the escalating threat to the safety and security of Filipino oil workers in Libyan oil fields which have been targeted by armed groups in recent weeks,” Jose said.
He appealed to around 4,000 Filipinos still in Libya to get in touch with the Philippine embassy and avail of the government’s mandatory repatriation program which covers the cost of travel back to the Philippines.
The Al-Ghani oil field had suspended operation for two weeks prior to the attack and most of the workers had left by the time the gunmen arrived there, he added.
On Sunday, Philippine diplomats met with 52 other Filipino employees of VAOS Oil at the company’s headquarters in Tripoli. Jose said 36 of the 52 Filipinos have said they want to go home and more are expected to sign up for repatriation in the coming days.
The Philippines is among the world’s top labor exporters with about a tenth of its 100 million people working abroad