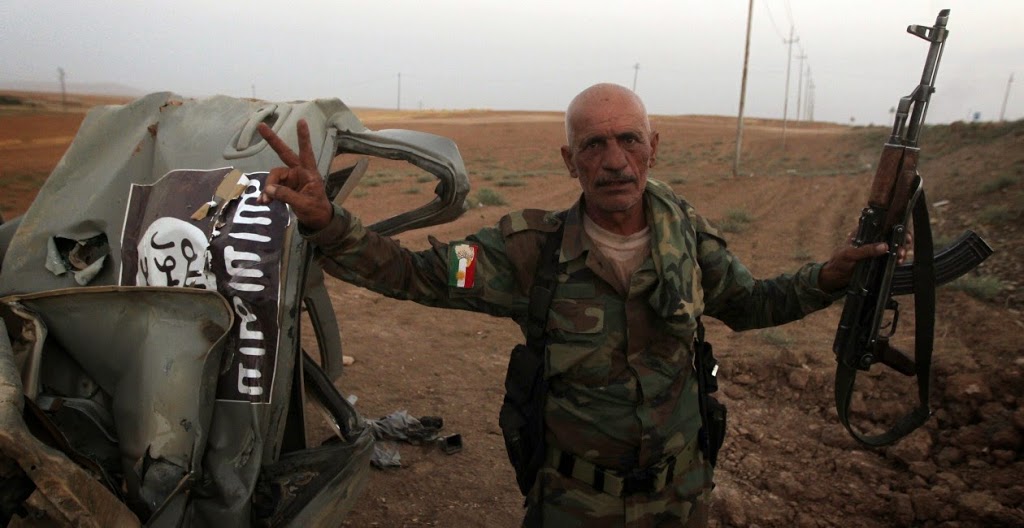 Peshmerga Deputy Minister Anwar Haji Osman says that the Peshmerga are continuing to advance and have taken the village of Mala Abdullah from Islamic State (IS) militants.
In a statement to BasNews, Osman said that IS insurgents destroyed all bridges located between them and the Peshmerga forces to prevent further territorial gains by the Kurdish fighters.
“Within the last hour, Peshmerga forces liberated Mala Abdullah in western Kirkuk Province and continue advancing in the area,” he said.
A large number of IS insurgents are reported to have been killed in Monday’s clashes.
Peshmerga Commander and Secretary General of the Freedom Party of Kurdistan Hussein Yazdanpanah told BasNews that during Peshmerga attacks on Sakhara and Smaelawa, three Peshmerga fighters were martyred. They were from the Sanandaj, Saqqez and Mahabad areas of Iranian Kurdistan.
Yazdanpanah said that Peshmerga forces are advancing in the south and south west of Kirkuk Province.
“In southern Kirkuk, the villages of Smaelawa and Sakhara were freed by Peshmerga and also the Dukaraba, Talward and Malla Abdullah areas in the south of the province,” he said.
Peshmerga forces have been advancing more slowly due to the high number of IED planted by IS insurgents but, in southern Kirkuk, they have recently received heavy weapons.
Source: BasNews