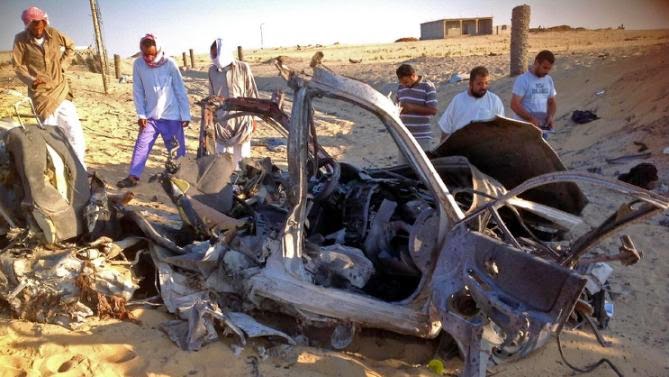 A suicide bomber rammed a vehicle packed with explosives into a police base in Egypt’s Sinai Peninsula on Tuesday, killing a civilian and wounding 24 policemen, security and health officials said.

Militants have stepped up attacks in the peninsula since the removal of Islamist president Mohammed Morsi in July 2013.

“The bomber drove a water tanker filled with explosives into the rear gate of the base,” a security official said.

“As the vehicle approached, police fired on it, detonating the explosives inside.”