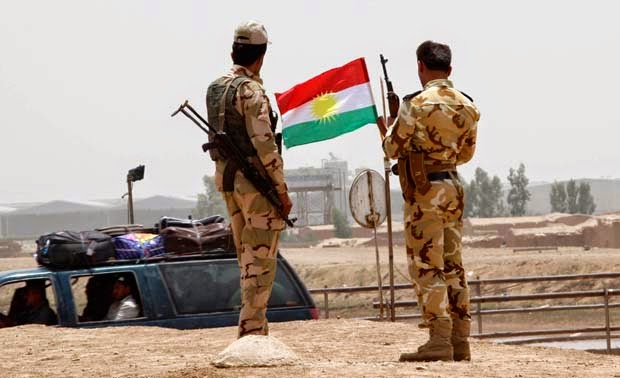 On Monday in a southern Kirkuk operation by Kurdish Peshmerga forces supported by international coalition airstrikes, more than 100 Islamic State militants were killed and many more injured.
An anonymous Peshmerga source in Kirkuk told BasNews that during the intense clashes against Islamic State militants in Mala Abdullah, Tel Ward, Simailawa, Miriam Bag and Maktab Khalid in southern Kirkuk Province, five Peshmerga were killed and 35 more injured.
The source also revealed that the wounded Peshmerga have been transferred to Kirkuk hospital for treatment.
The Peshmerga source added that the wounded IS militants have been rushed in to Hawija hospital and then most of them transferred to Mosul, after IS militants withdrew from Hawija.
Early Monday morning Peshmerga forces backed by the US-led coalition forces attacked IS bases in southern Kirkuk with the aim of freeing the area from the IS insurgents.
Source: BasNews