You are here: Home / Senza categoria / Battle for Tikrit highlights challenges of war on IS 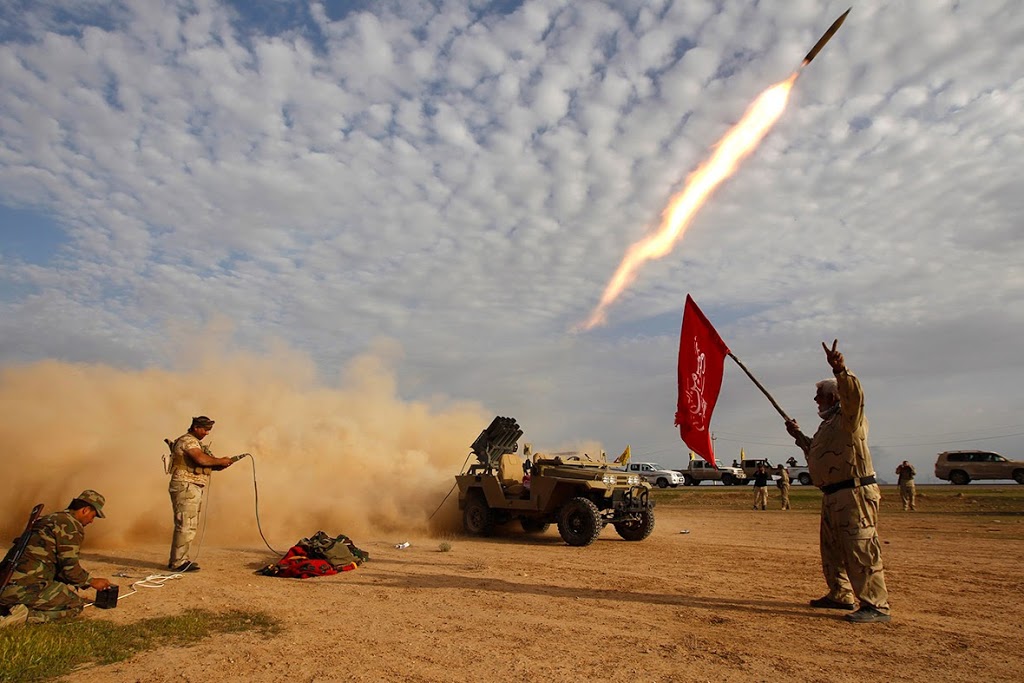 The military operation to liberate Tikrit, which Iraqi Prime Minister Haider al-Abadi officially started March 1 during his visit to Samarra, has achieved some progress on the ground.
Nevertheless, the absence of US support was clear, as the attacking forces lacked air cover. This delayed operations to gain control of the two most important targets of the operation — the towns of al-Alam (north of Tikrit) and al-Dour (southwest of Tirkit) — besides the city of Tikrit itself.
During a hearing of the US Senate Armed Services Committee on March 3, US Defense Secretary Ashton Carter said that Baghdad did not ask for US support for the battle of Tikrit. Yet on March 4, four days after the operation began, US Vice President Joe Biden spoke by phone with Abadi to discuss the operation.Amid the US military absence, there was a notable and declared Iranian presence via the commander of the Quds Force, Gen. Qasem Soleimani. On March 2, Iranian media outlets announced that he was present in Tikrit.

A week after its start, it has become clear in Iraq that the operation to liberate Tikrit will not be quick. Estimates for when it will end are still open, especially in light of the absence of air cover.

Iraqi forces announced on March 4 that they had liberated 97 villages surrounding Tikrit, which contributed to making progress toward the city on various levels.

It seems that the military plan is increasingly focusing on an attempt to encircle Tikrit through gaining control of the towns of al-Alam and al-Dour, in addition to cutting the supply route that remains open and links Tikrit to the town of Huwaija, located to the north in Kirkuk province.

Yet, the supply route that passes through the town of al-Alam to Tikrit remained open to the Islamic State (IS) as of this article’s writing.

On March 4, IS websites published photos of supplies that had reached Tikrit and al-Alam. The information accompanying the photos, which Iraqi military sources confirmed to Al-Monitor was accurate, said that the supplies had arrived via the aforementioned Tikrit-Huwaija route.

Local sources in Tikrit told Al-Monitor on March 6 that IS was not prepared to fight a major battle in Tikrit as of that day. The sources added that IS forces inside the city comprised no more than 500 fighters, yet this number later doubled with the arrival of large reinforcements to some areas around Tikrit.

IS tried to delay the progress of the Iraqi army and al-Hashid al-Shaibi — volunteer forces supporting the army — until the arrival of military supplies, through carrying out a series of suicide attacks in Samarra one day before the operation to liberate Tikrit began. The organization also set fire to the Ajeel oil field, for the same purpose.

According to a colonel in the Iraqi army who participated in the operations through an axis in the eastern region of Salahuddin province — where the town of Tuz Khormato is located — the operation achieved good results, but is yet inconclusive at the strategic level.

The colonel, who spoke to Al-Monitor on condition of anonymity, said: “The plan we expected for the battle involved coordination with the Kurdish peshmerga forces in Kirkuk. The latter were capable of attacking the town of Huwaija in conjunction with the international coalition cutting military supply lines to IS.”

In an article published Feb. 25, Al-Monitor noted that a problem impeding significant progress in the war on IS is the inability of the Iraqis to wage a united war. IS is taking advantage of this by opening up its opponents’ front.

The battle of Tikrit only strengthens this conviction. It seems that while the Iranians’ open participation in the war — amid the absence of the international coalition and the Kurdish peshmerga — had granted the attacking forces strength in some military aspects on the ground, it has also revealed several weaknesses in the efforts to fight IS. The latter has yet to face an all-out war on multiple fronts.

Iraq’s ability to triumph over IS is not linked to gaining control of Tikrit, rather it lies in weakening the organization’s military options and neutralizing its ability to transport fighters and reinforcements across different fronts and cities.

This requires that the leadership for the war be unified, have consistent goals, prepare strategic plans and take advantage of the available capabilities to defeat IS on more than one front.

Iraqis should have dealt with the war as a technical matter — not an emotional one — and sought to bring together all parties interested in helping, including Iran, but without disrupting the capabilities of the international coalition.