You are here: Home / Senza categoria / Experts: Boko Haram and IS tie-up is just propaganda (for now) 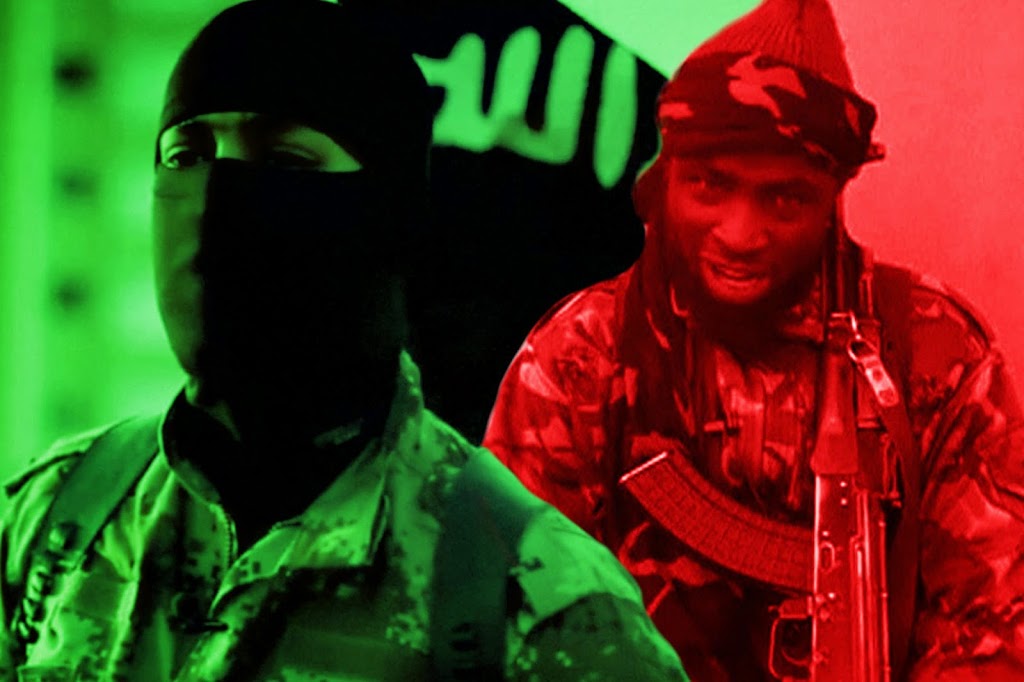 Short term, the pledge of allegiance by Nigeria’s Boko Haram to the Islamic State group may be no more than a propaganda gesture, experts say – but that could change.

The pledge, made in an audio recording released on Saturday by Boko Haram’s leader Abubakar Shekau, had been in the pipeline for some time.

Just last week, the Nigerian jihadists released a video appearing to show the decapitation of two men. The method of the killings, but also the professional production value of the footage, eerily mirrored the work of the so-called Islamic State, often known as IS or Isis.

“It’s something that has been developing over the course of at least nine months,” said Peter Pham, director of the Africa programme at the Atlantic Council think tank in Washington.

“Both groups need this right now. They need a propaganda coup to raise morale and attention because they are both suffering setbacks in their military campaigns.”

After a whirlwind seizure of territory across Iraq and Syria last year, IS expansion in its core territories has been stalled by local forces backed by the United States and Iran.

“For Isis, it’s an opportunity to present themselves as ever-expanding, to enhance their aura of inevitability. It’s a propaganda victory. And for that, all you need is a small camera and an Internet connection,” said Pham.

Continual territorial growth is a key part of the IS narrative, under its slogan “remaining and expanding”.
“In Syria and Iraq there has been little to no ‘expansion’ in recent months, so the main benefit for IS is propaganda, if Boko Haram’s prior eccentricities can be restrained,” said Aymenn al-Tamimi, of the Middle East Forum research group.

Meanwhile, “on Boko Haram’s side, the main benefit would be to secure financial support and an influx of manpower.”

Boko Haram has not yet announced if it wishes to become a wilayat under IS — a decision which could be seen as an awkward climb-down for its leaders.

“Boko Haram has already announced the creation of a caliphate on their territory, and there can be only one,” said Morten Boas, a professor at the University of Oslo.

The group similarly pledged allegiance to Al-Qaeda several years ago, but little concrete followed in terms of what was happening on the ground.

According to Boas, “Boko Haram is using this to try to seem more powerful than they really are.”

“It’s something they have been very good at — make people afraid of them. They have captured places because the ordinary Nigerian soldiers were afraid and ran away. It’s the best weapon available for a movement like them.”

But in the longer term, the pledge of allegiance could turn into something more solid, reinforcing both groups — particularly if Boko Haram can build ties with other IS affiliates in places like Libya.

Although Boko Haram has used weapons-trafficking networks that link it to militants in Libya and other parts of North Africa, there have been few direct ties up to now.

That contrasts with jihadists across North Africa and the Middle East, who often travel between war zones, building close personal ties and fighting alongside each other in different conflicts.

“There are not these pre-existing connections with Boko Haram,” said Pham.

But the pledge of allegiance “could prepare the ground for some sort of collaboration between Boko Haram and IS in Libya,” said Boas.

“And that could be really dangerous.”