You are here: Home / Senza categoria / Prague to sell 15 warplanes to Baghdad 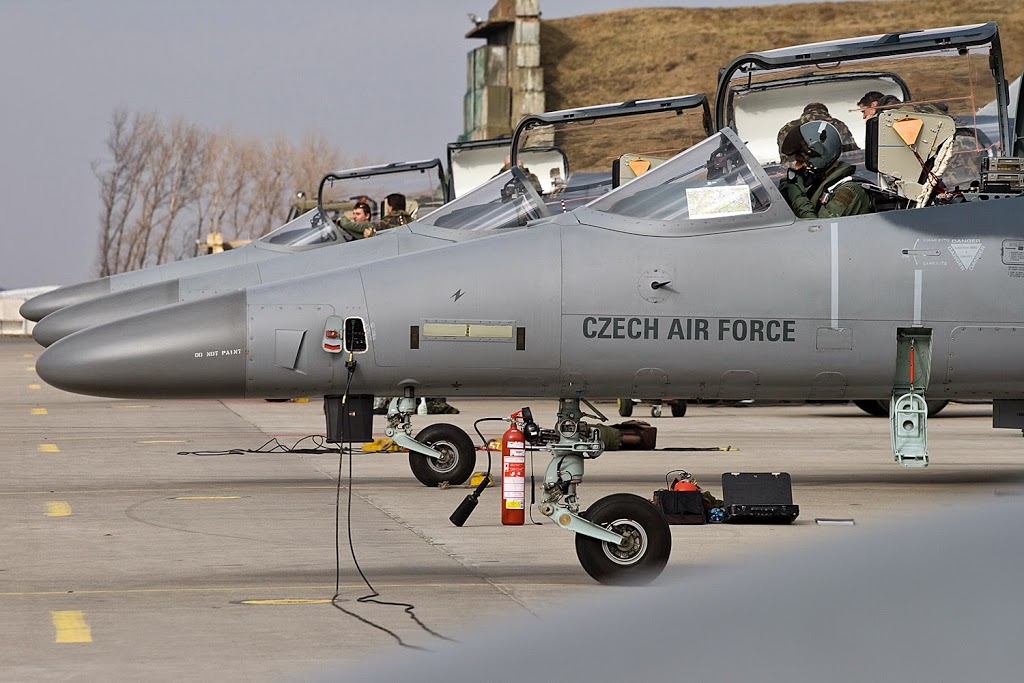 “We are looking at a total of 15 warplanes, four of which come from the Czech air force, while 11 others come from surplus stock,” Martin Stropnicky said.
“The total cost is 750 million koruna (27.5 million euros; $30 million),” the minister added.
Thirteen jets are single-seaters, and two have room for a co-pilot.
The contract with Baghdad, whose troops have faced a major jihadist onslaught since June, also envisages the sale of ground equipment, weapons and ammunition.
Aircraft manufacturer Aero Vodochody made 72 L-159 jets for the Czech army in the 1990s, for 51 billion koruna (1.8 billion euros).
Because of budget cuts, the air force has only held on to some 30 jets since.
The L-159 is equipped with air-to-air and air-to-surface missiles. Some 80 percent of its parts are foreign-made, mainly in the United States.
In 2012, Iraq said it was interested in buying 28 L-159 jets. Although Baghdad and Prague signed a contract, the sale never actually took place.
Last year, Prague delivered ammunition worth 1.5 million euros to Iraqi Kurds fighting the IS group.
The warplanes sale “is intended for the same purpose”, said Stropnicky.
Czech firm Excalibur last month said it had agreed to sell Baghdad 100 T-72 tanks and BVP-1 military vehicles.
In June last year, IS launched a lightning offensive in Iraq, taking over large swathes of the country, including second city Mosul.
It has declared an Islamic “caliphate” stretching from Syria into Iraq, sowing terror among people living in areas under its control.
Source:  middle-east-online