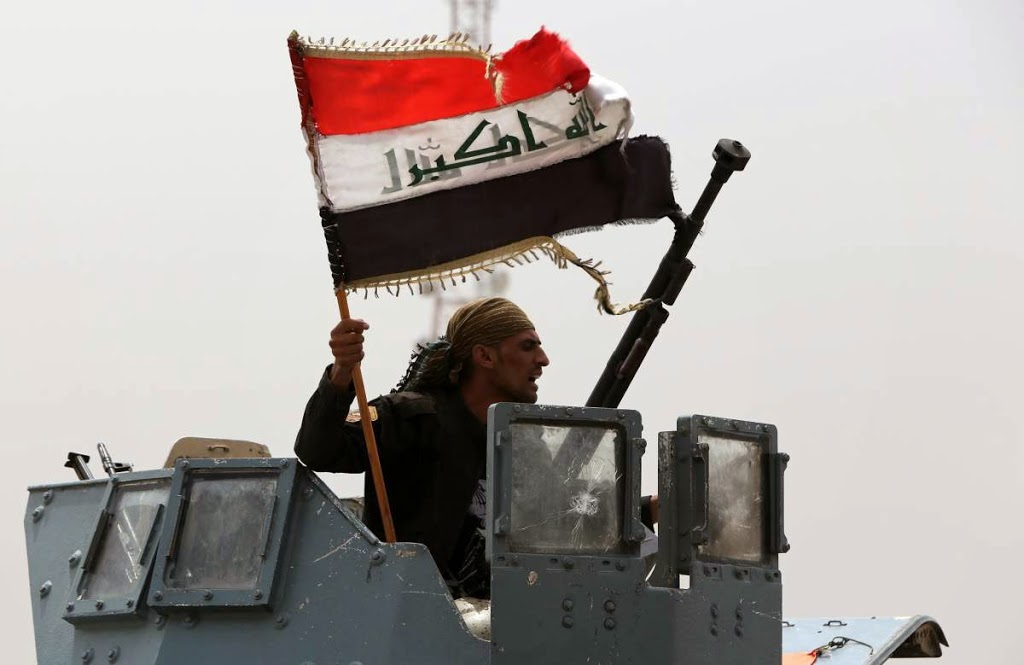 The Iraqi troops inflicted hefty losses on the ISIL terrorists in the strategic city of Tikrit and succeeded in retaking the city’s general hospital.

The army soldiers raised the national flag above the building of the hospital after driving out the terrorists.
The Iraqi army intensified its offensive on the ISIL terrorists from different directions on Tuesday, and managed to enter the strategic city of Tikrit.
According to reports, the Iraqi troops seized control of Nahyat al-Alam, a town a few kilometers North of Tikrit, from the ISIL terrorists early on Tuesday and pressed ahead with their attack and entered Tikrit.
Reports suggested that the streets of Tikrit had been piled with dead bodies of the Takfiri terrorists. A large number of the militants escaped the battlefield as the army entered the city.
The Iraqi army marched all the way to Tikrit in Salahuddin province and on Monday stood at the gates of the city.
The Iraqi army also continued its advances in the two towns of al-Alam and al-Dour near Tikrit in Salahuddin province, and claimed the lives of dozens of the terrorists in there.
Army and militia fighters entered the Southern and Eastern parts of al-Dour on Friday.
According to reports on Saturday, the Iraqi soldiers inflicted hefty losses on the ISIL terrorists in the village of Kuwaishat in Fallujah, as the army continued its huge offensive towards Tikrit.
The ISIL terrorists escaped the village and left their weapons and vehicles behind.
Thousands of government troops, Shiite and Sunni popular forces have started a major offensive in the Iraqi city of Samarra to oust the ISIL terrorists from the strategic province of Salahuddin, which includes the ancient city of Tikrit.