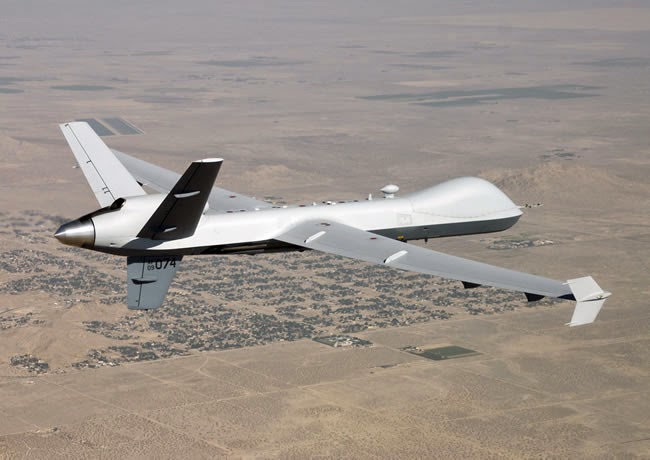 An unmanned aerial vehicle (UAV) which is commonly known as drone has targeted a vehicle of insurgents in eastern Nangarhar province killing six insurgents and damaging their weapons.

Hazrat Hussain Mashriqiwal, spokesman for the police headquarters of Nangarhar province told Khaama Press that the attack took place yesterday afternoon.
According to Mashriqiwal the drone targeted a corolla vehicle of the insurgents in Mamond District of Achin District in which six insurgents were riding with having weapons and ammunition.
He added that all six insurgents were killed in the attack and their weapons and ammunition damaged.
The ones killed included Mullah Toor, a Taliban so-called District Governor and his assistant Rahmanullah as well as four other insurgents whose names are Hasti Gul, Qadar Gul, Nasrat and Amrullah, according to Mashriqiwal.
Achin District is one of the comparatively restive District in the southern part of eastern Nangarhar province which also has border with Pakistan.
Two days before Afghan National Security Forces arrested 72 suspects during separate raids in the jurisdiction of Achin District.
According to the Ministry of Defense heavy and light weapons were also seized from the position of the suspects who were taken under further interrogation.