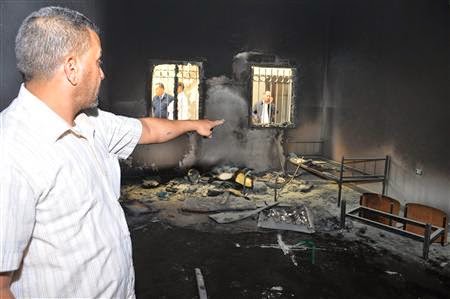 The self-proclaimed Islamic State, also known as ISIS, is gaining ground in Libya — taking over the port city of Surt.

Militants claiming loyalty to Islamic State said they were responsible for a bomb attack on a police station in the Libyan capital on Thursday, a statement posted on Twitter said.
The militants published pictures of the blast at the police station, close to the Foreign Ministry in central Tripoli.
A blast damaged the police station and cars outside, witnesses said.