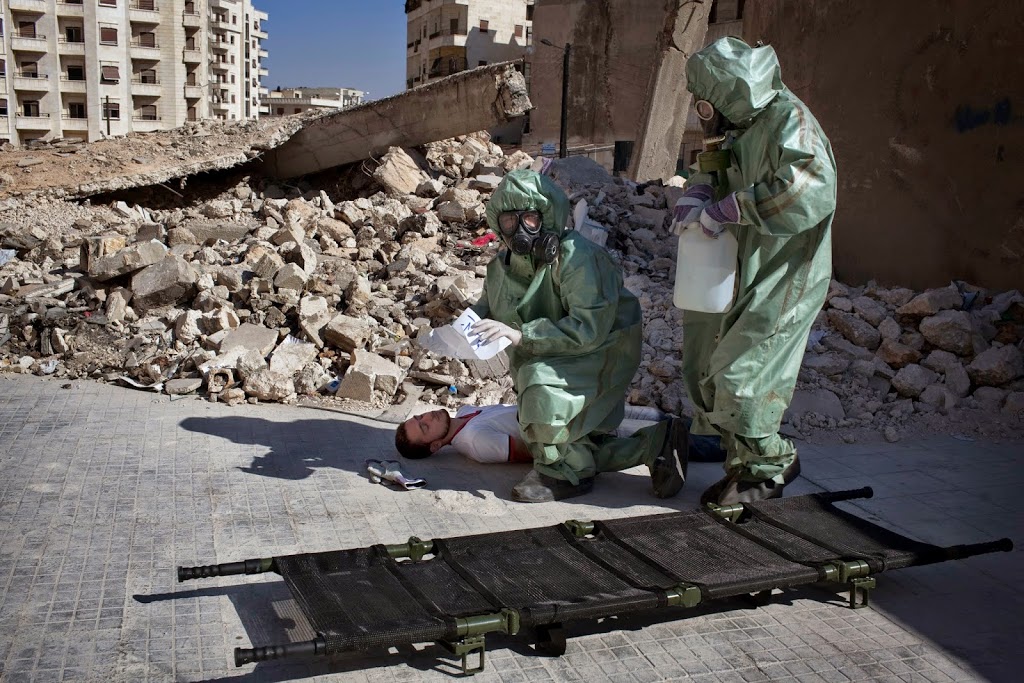 The team told the BBC it has diffused “dozens” of chlorine bombs left by Isis militants, which it says are used more as a means to create fear than harm.

“They have resorted to this new method. They are putting chlorine inside these homemade roadside bombs, which is toxic for those who inhale it,” Haider Taher, a member of the bomb disposal team, said.

It is not the first time claims have emerged that the group uses bombs filled with chemical agents. In October last year, Kurdi

sh officials and doctors said they believed toxic gases had been released in an eastern district of Kobani.
The bombs are being used as Iraqi soldiers and allied Shia militiamen backed by local Sunni tribes continued their offensive to reclaim Tikrit from the clutches of the extremist group.

Tikrit, Saddam Hussein’s hometown, was overrun by militants during Isis’s rapid advance across northern Iraq in June last year. Now, Iran is helping to co-ordinate the 20,000 soldiers attempting to drive out militants in the biggest assault led by the Iraqi Government yet.

Allied Iraqi forces first entered the Isis stronghold through its northern Qadisiyya neighbourhood, according to video obtained by The Associated Press. Iraqi officials say the offensive was aided by helicopters firing missiles from above, while another force pushed in from the south of the city.

Isis fighters were reportedly using civilian vehicles to try and flee the city.

Forces are now attempting to advance towards the centre of Tikrit. The US says coalition airstrikes are not involved in the operation to take back the city.