You are here: Home / Senza categoria / France to move Legion Etrangere from Central African Republic to back anti-Boko Haram fight 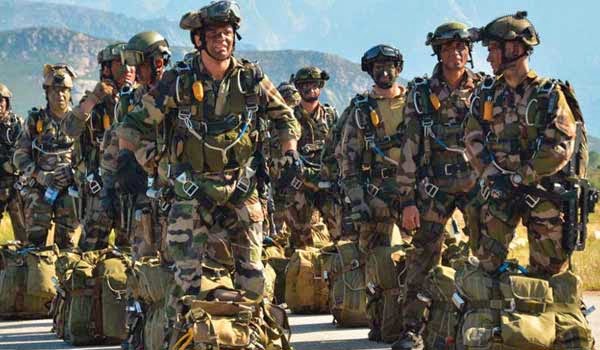 France is to boost its military presence in the Sahel region of Africa to support the fight against Boko Haram, whose insurgency has spread from Nigeria to Chad and Niger.

A French desert base to combat the flow of arms from Libya should be up and running in July, Defence Minister Jean-Yves Le Drian announced on Wednesday.

Without giving a specific number, Le Drian said France will “slightly increase” the number of soldiers in its Barkhane anti-jihadist operation in the Sahel.

The number of troops in the Central African Republic (CAR), where it intervened in 2013, will be reduced to “give us the means to support” the fight against Boko Haram, Le Drian said.

At the height of its intervention in CAR, France had 2,600 troops there and it aims to reduce that number to 1,000 by the end of the year.

It already has about 3,000 troops in the region and set up Barkhane to fight jihadist violence along with Niger, Mali, Burkina Faso, Mauritania and Chad.

But it will only give “indirect support”, that is logistics and intelligence, to the fight against Boko Haram, Le Drian claimed.

“What is reassuring on Boko Haram is that there is a real will from the countries involved to organise themselves and lead the fight,” he said.

The Madama base in the desert in northern Niger should be “fully operational” in July, the minister added.
France is, which is chairing the UN Security Council in March, is working for the adoption of an African Union-backed resolution to finance a 10,000-strong multinational force to fight

Two French soldiers were seriously wounded in northern Mali on Tuesday when there armoured vehicle ran over a landmine, Le Drian said, adding that the incident proved “the persistence of the threat”.